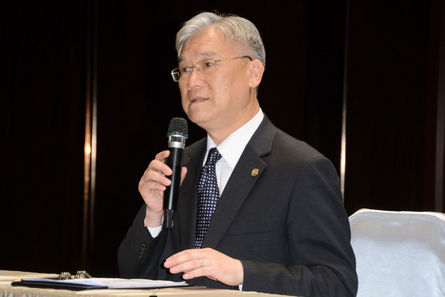 Hsia expresses optimism in the bid to AIIB

Hsia said he can only disclose Taiwan’s scheduled entry date after the AIIB is officially in operation, adding that he has high hopes for the country’s admission.

“China has on several occasions expressed their welcome for Taiwan’s participation in the AIIB, and in response our government has requested for equal benefits and opportunities within the organization,” he explained.

When asked about the exact date of entry, the MAC minister said the process will take a little while before the schedule is revealed.

The purpose of the multilateral development bank is to provide finance to infrastructure projects in the Asia region. However, AIIB is often seen by some as a rival for the IMF, the World Bank and the Asian Development Bank (ADB).

Hsia said Taiwan’s entry will help promote trade negotiations between both sides of the strait while safeguarding the integrity of the country’s enterprises operating in China.