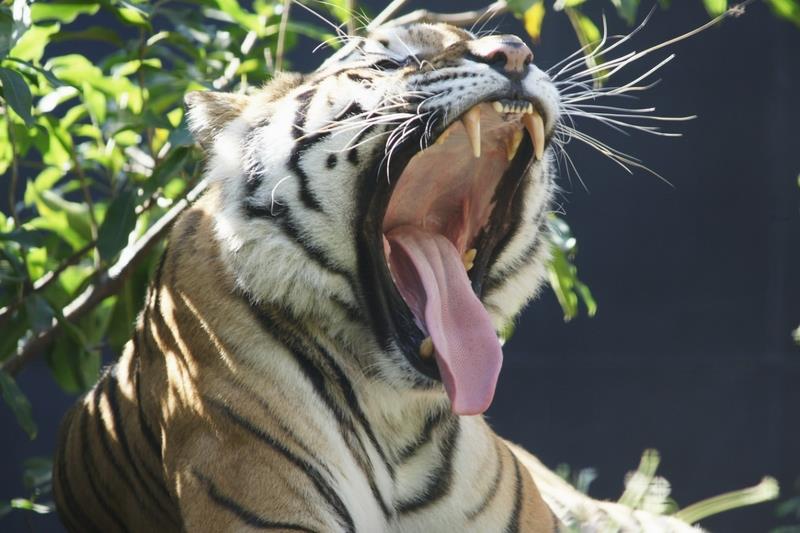 TAIPEI (Taiwan News) – A Bengal tiger escaped from its enclosure at the Taipei Zoo Tuesday morning but was caught before reaching areas frequented by the public, zoo officials said.
The animal, known as Da Tou or “Big Head,” was outside for 45 minutes before a veterinarian shot him with a tranquilizer dart, the zoo said.
Because of repair works on the medical center for the animals, workers cleaning the area reportedly failed to notice they had left a door open through which the tiger escaped. A sweeper working in an adjacent area noticed the error, alerted the authorities, and managed to restrict the area in which the tiger could move around freely.
The tiger had entered a buffer zone which was off-limits to the public, zoo officials said.
At around 11:30 a.m., the veterinarian shot him with the dart and waited until the animal was unconscious before he was moved back to his enclosure.
At no time had there been any danger to the public nor was anybody injured during the proceedings, according to the zoo authorities. They did acknowledge that the subcontractor on the repair work had failed to take the necessary safety measures, while cleaning workers had failed to notice the problem.
The Taipei Zoo would hold an evaluation meeting during the afternoon to make sure such an incident did not happen again.