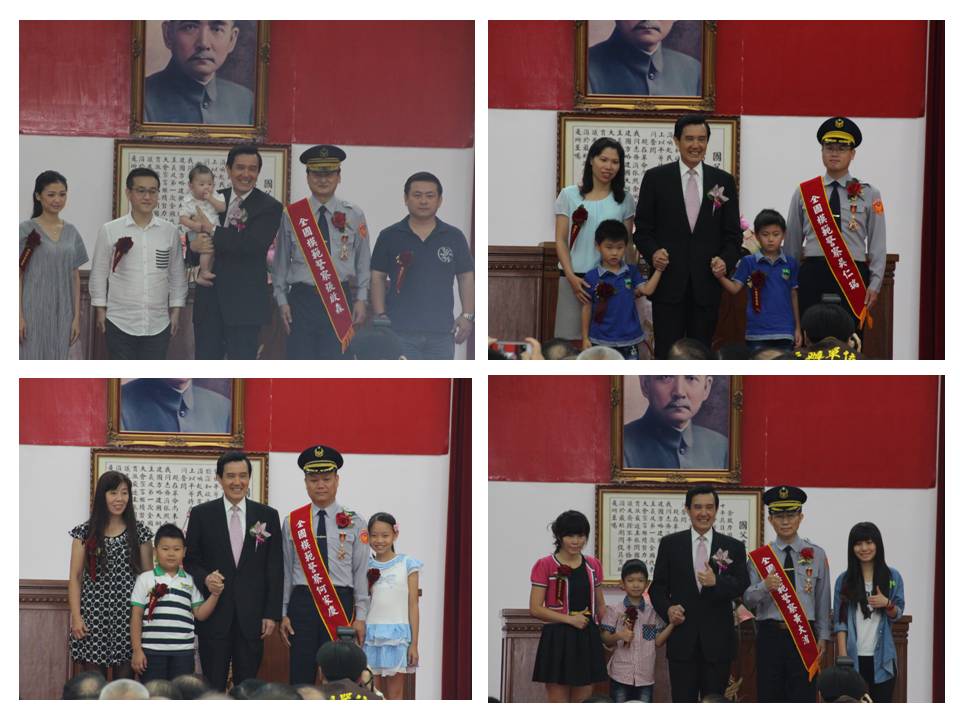 Recognized as one of the safest places to tour around within the international community, Taiwan gives both tourists and residents on the island a care-free environment to stay and to live; police officers deserve credits for the drop in crime rate over the past decades.

Taiwan has earned high satisfaction rating for its public security over the past several years from various international networks of independent travel advisors. Since President Ma Ying-jeou took office in 2008, the number of reported criminal offenses has dropped by 37.72 percent and the number of violence has declined 76 percent. During the same period, the clearance rates for criminal offenses have increased 11 percentage points, up 23 percentage points for violent crimes, and up 15 percentage points for theft.

In an effort to honor and celebrate Policeman’s Day, President Ma handed out awards to nearly 50 police officers in Monday’s ceremony at the National Police Agency, Ministry of the Interior. The award was presented as acknowledgement to the recipient’s professional excellence and dedication.

During the ceremony, those that came on stage in the company of their family member conjured a sense of joy and pride as they received awards from President Ma. In return, Ma showed his gratitude to all the families, saying that the support and tolerance from families enable police officers undertake the pressure to carry on and carry out their duties to safeguard the public and their well-being.

Ma added that the Cross-Strait Judicial Agreement facilitates extradition and mutual legal assistance in criminal matters. As of March, a total of 69 major criminal cases have been solved, and more than 6,000 suspected offenders were arrested under the cross-straits judicial cooperation.