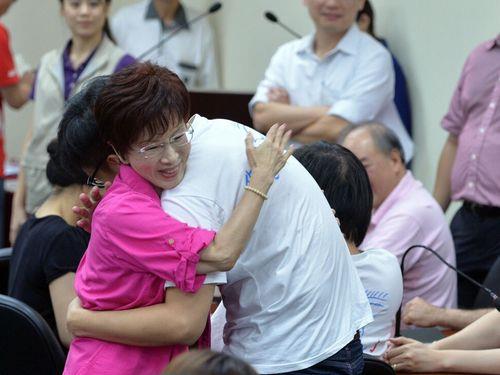 Kuomintang (KMT) Secretary-General Lee Shu-chuan announced Sunday at the party’s headquarters in Taipei that Deputy Legislative Speaker Hung Hsiu-chu successfully passed the 30 percent threshold in the opinion surveys conducted on Friday and Saturday with a support rating of 46.203 percent.

Following the outcome of the party’s primary, Lee said Hung is set to be nominated as KMT’s candidate in next year’s presidential election.

The opinion survey was conducted nationwide through three public polling agencies in which each had to garner 1,200 valid results.

The KMT officially unsealed the results of the primary polls at 10 a.m. Sunday in the presence of the media.