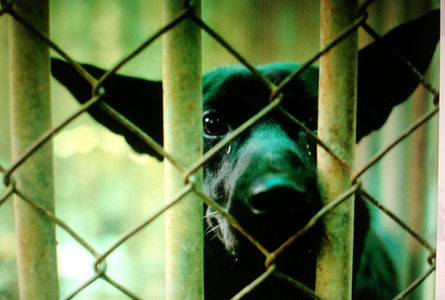 The dog meat market in China has always sparked controversies in many animal right groups and the general public. After four years of investigation into the dog meat market of China, Animal Asia, a Hong Kong-based charity that seeks to end cruelty to animals in Asia, has published their reports on June 11 which claimed that ‘meat dogs’ come from stolen pet and strays.

In their reports, they have found no evidence of any large scale breeding facilities in China. The investigation covered 15 cities in eight provinces in the northeast, southern and central China, where dog meat is the most prevalent. The investigator visited more than 100 ‘dog farms’ listed on the official websites and found many alleged dog farms were the same entity with different titles. The dogs farms located and visited were found to be farming dogs on a very small scale nowhere near large enough to supply the country’s appetite for dog meat.

According to Chinese media, it is estimated up to 10 million dogs are slaughtered for food, yet the investigators found no evidence of large-scaled breeding facilities that can breed 100 plus dogs.

The report added that dogs cannot be cost-effectively farmed on a mass scale due to the high cost of a meat-rich diet, their highly territorial nature which makes them inclined to fight in confined groups, and the risk of diseases such as rabies. Animal Asia has found that in 771 villages, there are more than 70% villagers who claimed their dogs went missing. 73% of the missing cases occurred during the winter time, which shows the correlation between traditional festival and the rate of the missing dogs.

“Our investigations strongly point to what everybody familiar with the industry has long suspected – that the vast majority of China’s dog meat comes from stolen companion animals and that misinformation and illegality is rife at every stage of the industry supply chain. For the sake of law and order, food safety, public health and animal welfare, the public needs to know the truth behind the dog meat on their plates – and the country’s own laws must be upheld,” stated Jill Robinson MBE, Animals Asia founder and CEO and Irene Feng, Animals Asia Cat and Dog Welfare Director.