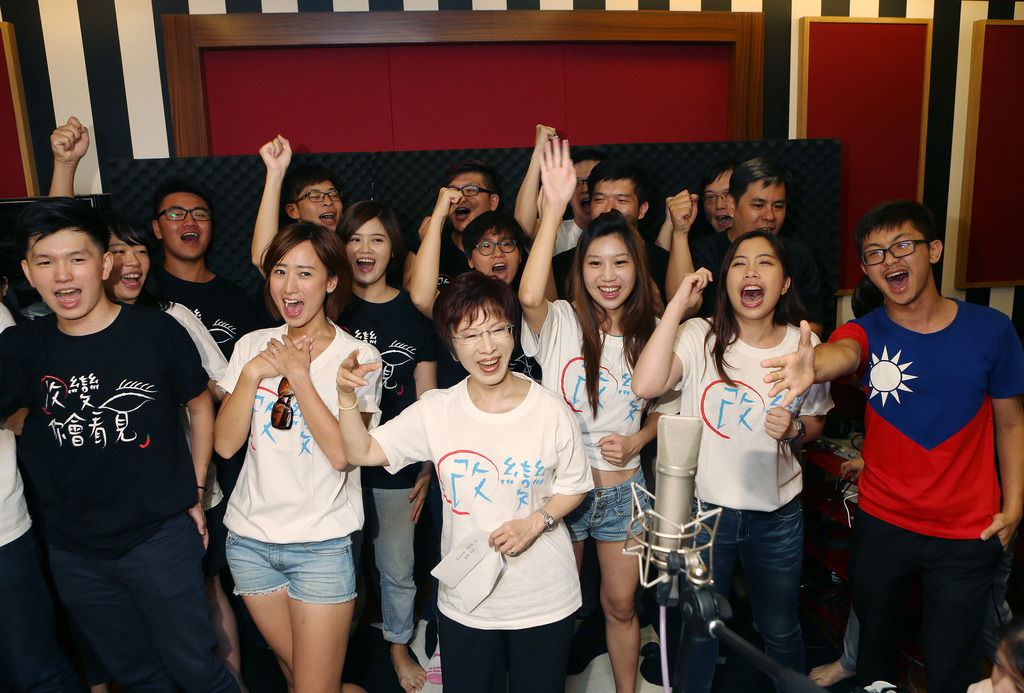 KMT presidential hopeful to be tested by polls

Ruling Kuomintang (KMT) Secretary-General Lee Shu-chuan announced Thursday that Deputy Legislative Speaker Hung Hsiu-chu's fate as the ruling party's 2016 presidential nominee will be decided by her ability to secure at least 30 percent support in a series of opinion polls set to take place over the coming two days.
The results of the opinion polls are then set to be published on Sunday morning.
According to the ruling party's regulations, Hung's nomination will be decided by the collective outcomes of three polls to be conducted by different companies.
She is the only candidate to have qualified for the ruling party's presidential primary.
Each of the three polls will be comprised of an "approval" survey designed to gauge respondents' support for Hung as a candidate and a "comparative" survey testing her rating against that of Tsai Ing-wen, chairwoman and presidential nominee of the opposition Democratic Progressive Party. In addition, each of the three polls must obtain 1,200 valid results from those polled.
Results from the "approval" and "comparative" components will both be assigned a 50 percent weighting towards Hung's overall support rating assessment, and the final outcome will be taken from the average of the three polls.
If Hung fails to win at least 30 percent support in the polls, the KMT can decide not to nominate her and can draft another candidate, according to KMT rules.
A day earlier, Hung held her first and only policy campaign presentation, which was arranged by the KMT Central Standing Committee. Sources familiar with the ruling party said that Hung's repute has been on the rise and she should have no trouble meeting the 30 percent support rating requirement. (By Lee Hsu-hua and Ted Chen)