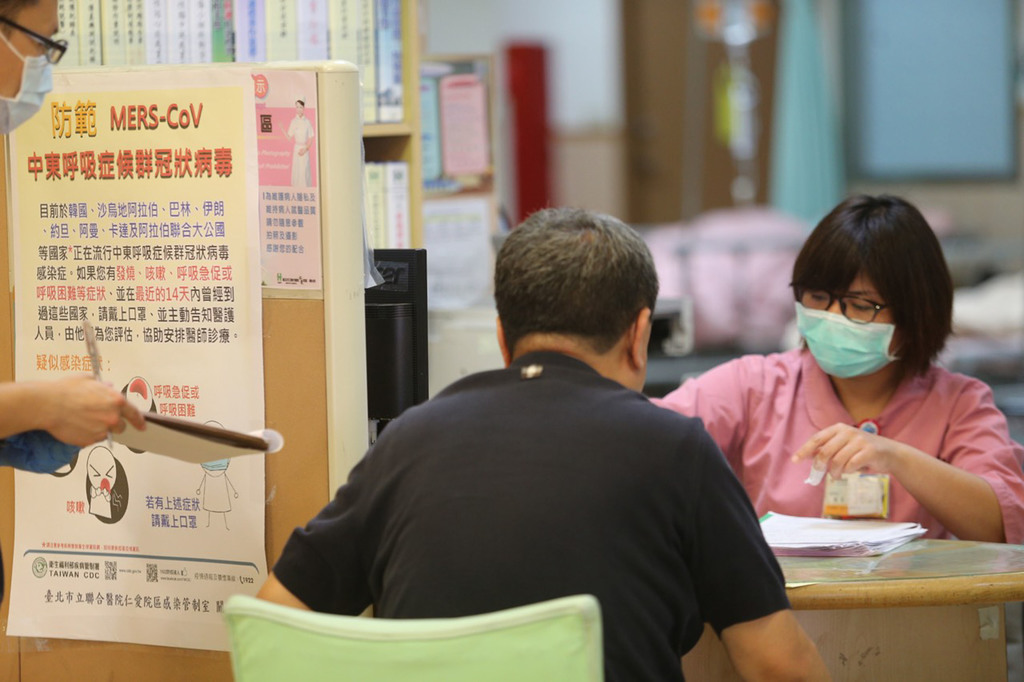 TAIPEI (Taiwan News) – A man who recently returned from South Korea was being treated as a suspected case of Middle Eastern Respiratory Syndrome Coronavirus and had been quarantined at the Veterans General Hospital in Hsinchu, reports said Tuesday.
MERS-CoV recently led to the death of at least seven people in South Korea, where more than 2,500 people have been quarantined as a protection measure against the deadly virus. Infected cases in the country included soldiers, students and a pregnant woman, reports said.
Taiwan so far has been spared any confirmed case, though the man mentioned by the media Tuesday was not the first suspected case.
The 39-year-old man from Hsinchu County had just returned from a holiday in Seoul, reports said. After he felt a sore throat, a runny nose and other symptoms of respiratory problems on Tuesday morning, he sought treatment at the Hsinchu branch of the Veterans General Hospital, reports said.
A checkup found problems with his lungs but no immediate indications that he might have been infected by MERS-Cov, but to be on the safe side, the hospital arranged for him to stay at its quarantine ward. Further tests were taken during the afternoon, reports said.
One possibility was that he had already contracted the flu before leaving for South Korea, where tiredness or unfamiliar food might have acted as a trigger to cause the disease to move on to the next step, doctors said.