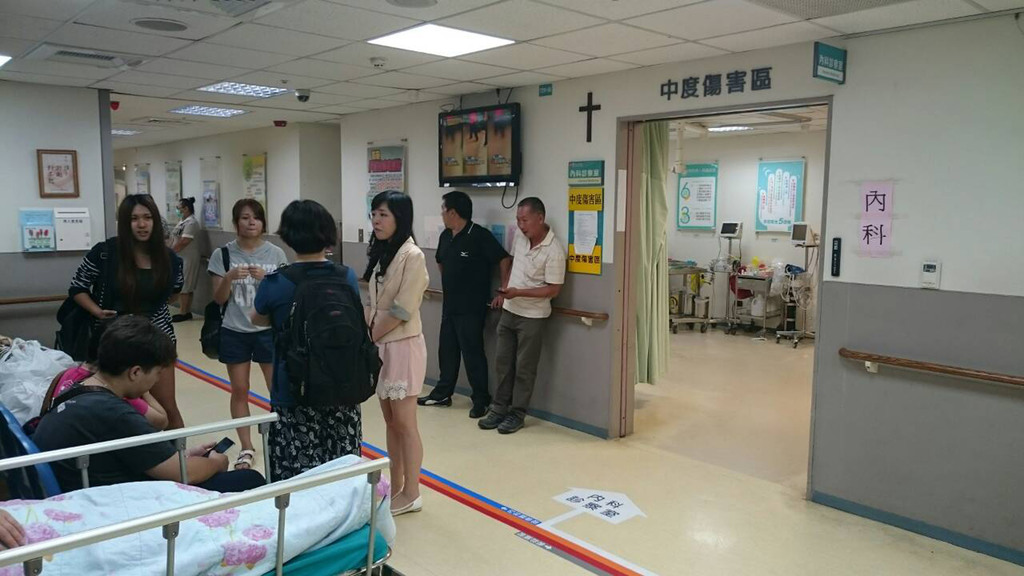 TAIPEI (Taiwan News) – A young woman who fell off a banana boat Monday evening was found alive and well by a ship 21 hours after she first went missing, reports said Tuesday.
The 17-year-old student surnamed Chang went on a trip with three colleagues from the restaurant she was employed by after working hours on Monday evening, reports said. She reportedly fell off the inflatable boat in the shape of a banana, and her colleagues failed to find her in the dark off the Chienshui Bay in Sanchih, New Taipei City, a popular beach resort on Taiwan’s north coast where their restaurant was situated, just east of Tamshui.
The search intensified on Tuesday morning with a helicopter and coast guard vessels joining the action, but no trace was immediately found, reports said.
It wasn’t until 4 p.m., or about 21 hours after Chang first disappeared, that the rescue party received a message from a fishing trawler that the young woman had been picked up from the water. She was conscious and her condition was stable, reports said.
As she was showing some signs of dehydration after landing at Sanchih harbor, she was taken to the Mackay Memorial Hospital in Tamshui for treatment, cable stations reported.
Earlier in the day, New Taipei City Mayor Eric Liluan Chu said his administration might level fines on violators of safety rules because of a recent spate of accidents on the coast. Each drowning was a tragedy for families, Chu said, specifically calling on young people and students to take care when going out swimming and diving.