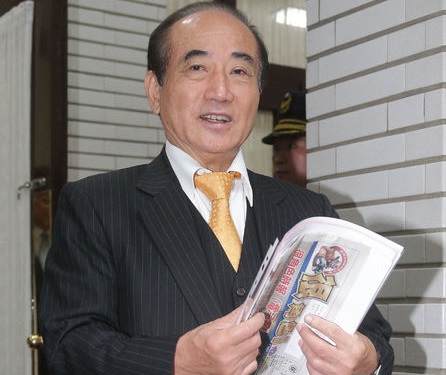 In a casual response to speculations regarding Kuomintang’s possible presidential draft, Legislative Speaker Wang Jin-pyng told reporters Sunday that he would feel “obligated” to run should the party draft him for next year’s election.

However, KMT Secretary-General Lee Si-chuan later overturned media speculations that the party is planning for an upcoming presidential draft, saying that it will move ahead with the primary procedure accordingly.

Lee said the call for a presidential draft is currently a “non-issue,” explaining that if Hung passes the 30 percent support rating, she would officially become KMT’s presidential nominee.

The party is set to hold a public opinion poll on June 12-13, which will be comprised of a 50 percent "approval" survey and a 50 percent "comparison" survey. According to KMT rules, if Hung fails to win at least 30 percent support in opinion polls, the KMT can decide to draft another candidate.

The party has also planned for Hung to hold a “presidential candidate political briefing” with press conference at the KMT Central Committee on June 10, which would be aired live on television nationwide.

However, during an inaugural meeting on Chinese religion held at the Fo Guang Shan Temple on Sunday, Wang told to reporters that he would feel “obligated” to run should he be drafted.

When asked by reporters regarding Wang’s earlier response, Deputy Legislative Speaker Hung Hsiu-chu said she is happy that someone is willing to shoulder the responsibility, stressing that should the party choose to draft Wang in the end, she would respects the party’s decision nonetheless.