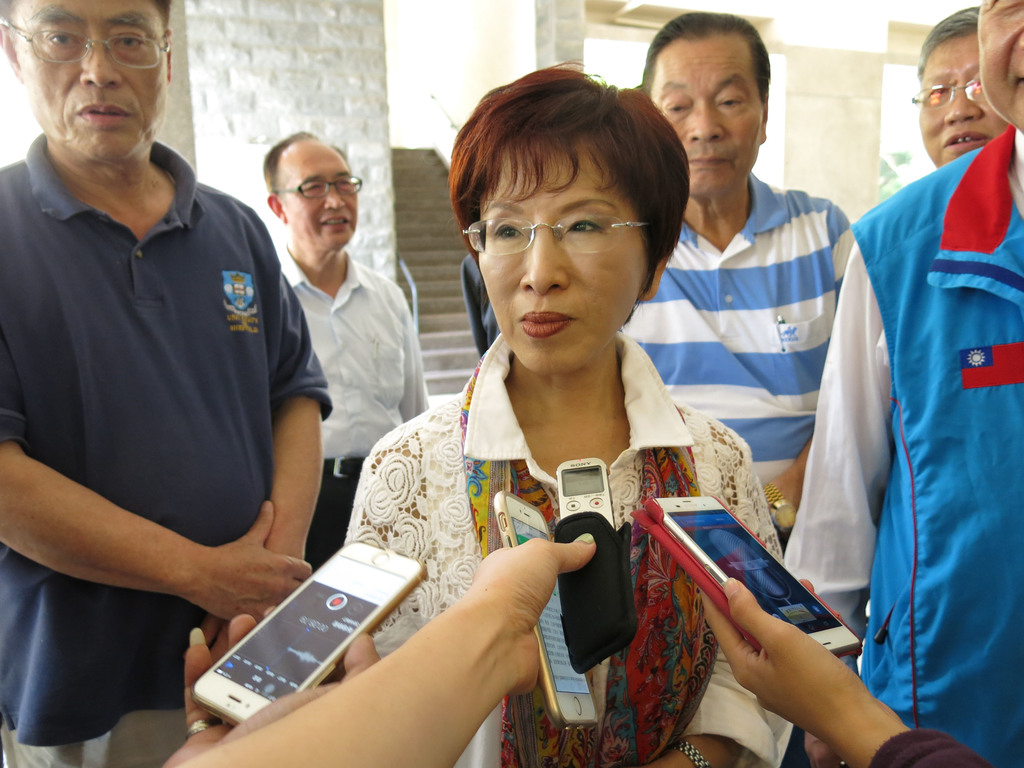 Deputy Legislative Speaker and Kuomintang’s presidential contender Hung Hsiu-chu announced Sunday that she hopes to build a mutual trust between both sides of the strait and eliminate the so-called “marriage marred by politics” issue.

Hung vowed to work with the parliament to allow spouses from China gain Taiwan identity card in four years.

It currently takes Chinese spouses six years to become eligible for Taiwanese identity papers, which requires that they must reside in Taiwan for four years (at least more than 183 days in a year) before obtaining the Alien Permanent Resident Certificate (APRC), after which they would need two more years (183 days per year minimum) to be eligible for naturalization. The “4 plus 2” process is required for spouses from China.

In a speech presented during the fourth “Cross-strait Marriage & Family Forum” held in Kinmen on Sunday, Hung pointed out that due to Taiwan’s low birth rates, “new immigrants are our valuable human resources.”

From 1987 until the end of April this year, there have been more than 330,900 registered cross-strait couples in Taiwan, she said.

Spouses from China recently urged the government to shorten the wait required to obtain Taiwanese identity cards to four years from the present six, adding that politics should not get in the way of cross-strait marriages.