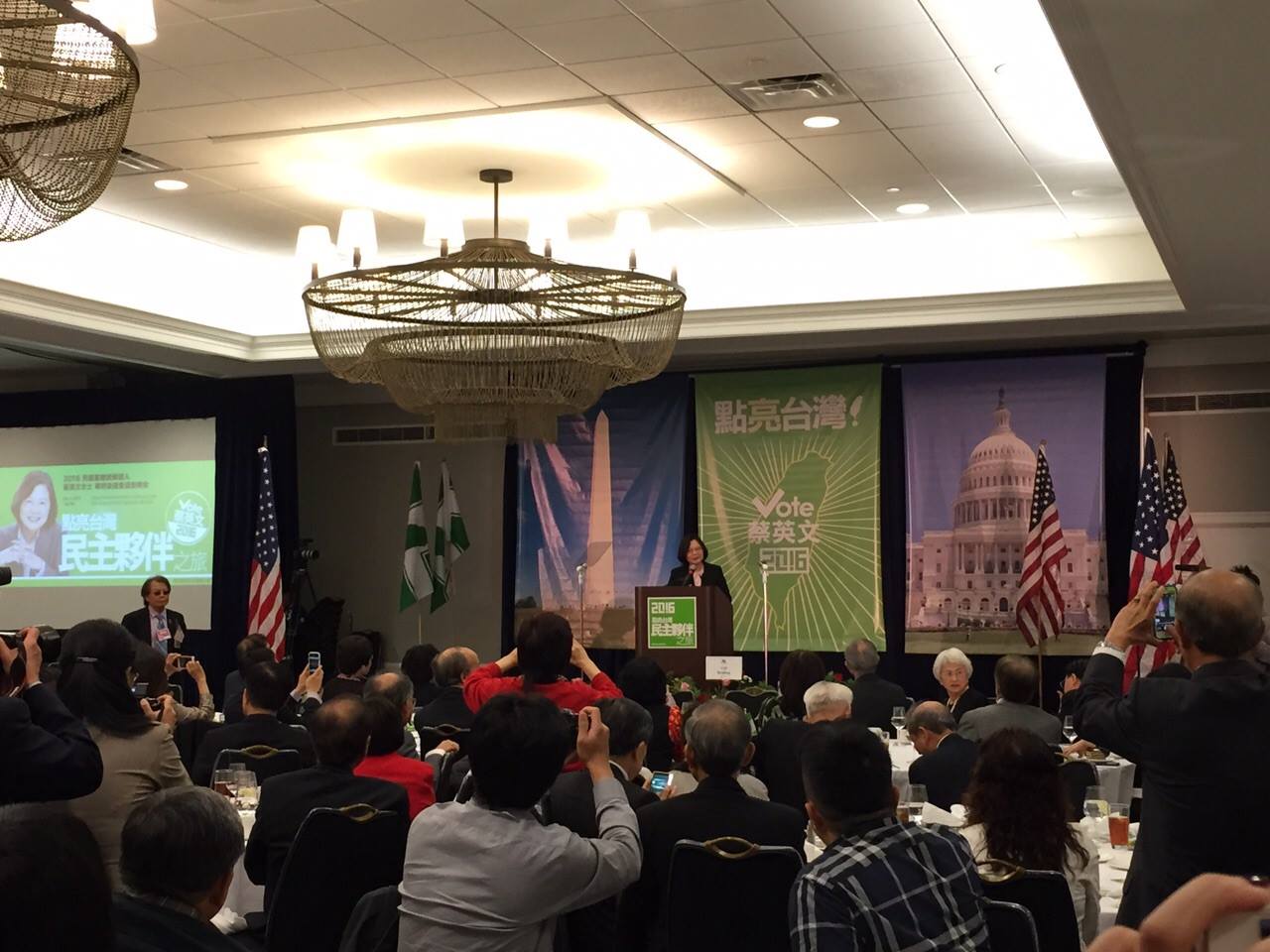 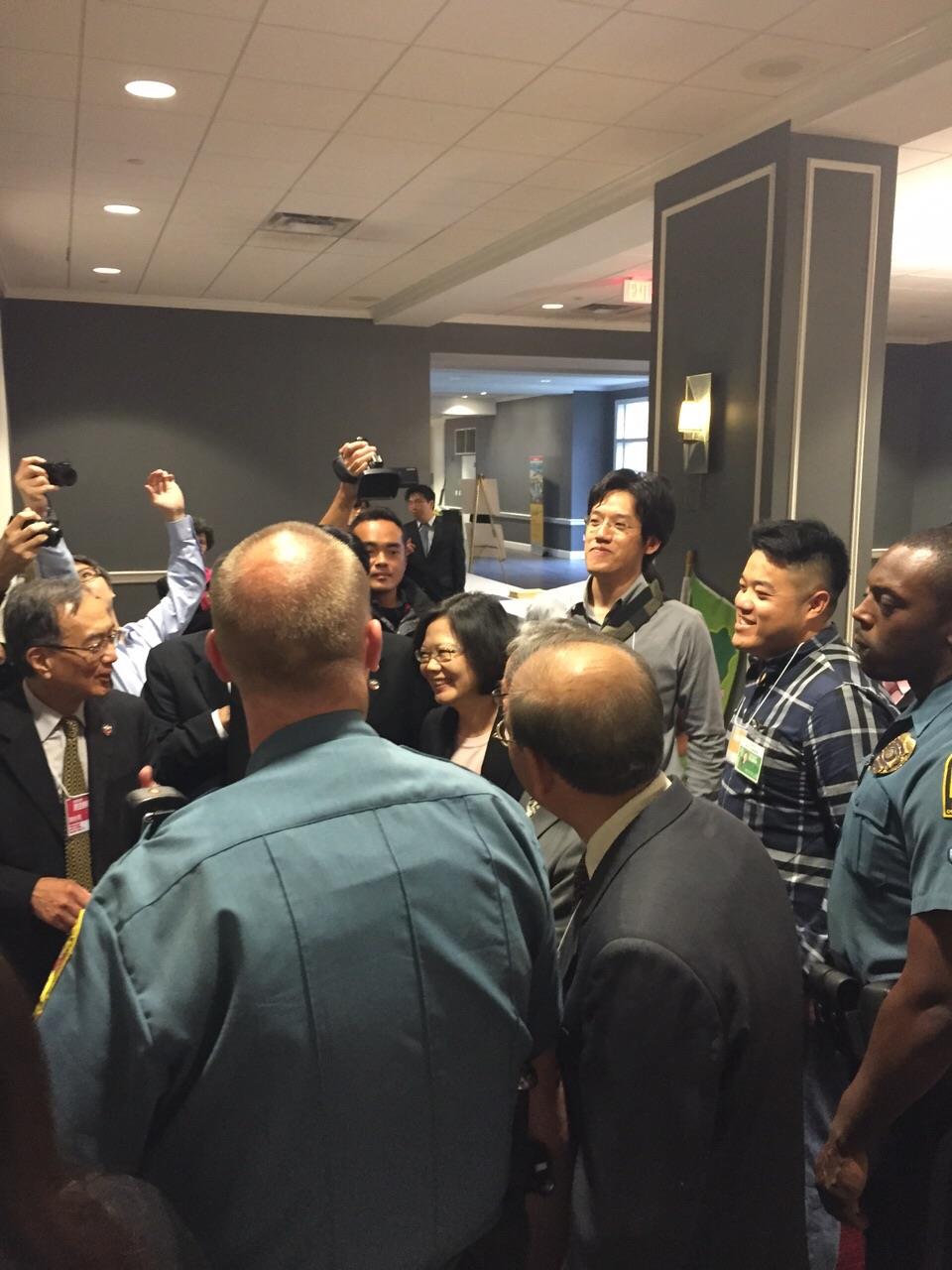 Tsai gave a speech at the banquet in Maryland

Tsai Ying-wen, presidential candidate of Taiwan’s opposition Democratic Progressive Party, was greeted warmly by thousands of Taiwanese expatriates at a banquet in Maryland.
Tsai was accompanied by Joseph Wu, the secretary-general of DPP, and Liou Jian-sin, the deputy secretary-general of DPP. Tsai also responded to the statement of Cui Tiankai, the incumbent ambassador of the People’s Republic of China in the United States who proclaimed that Tsai should first pass the test of 1.3 billion citizens of People’s Republic of China first. She proclaimed that Taiwanese are her only examiner.
Michael Fong, DPP’s correspondent in the United States, said Tsai’s trip to theU.S. went very well. Her speech lasted for more than an hour at the banquet, which was unprecedented to him. He tried to tell Tsai that she should cut her speech short due to the time limit but she told him to sit down. “I am not quite done yet,” said Tsai.