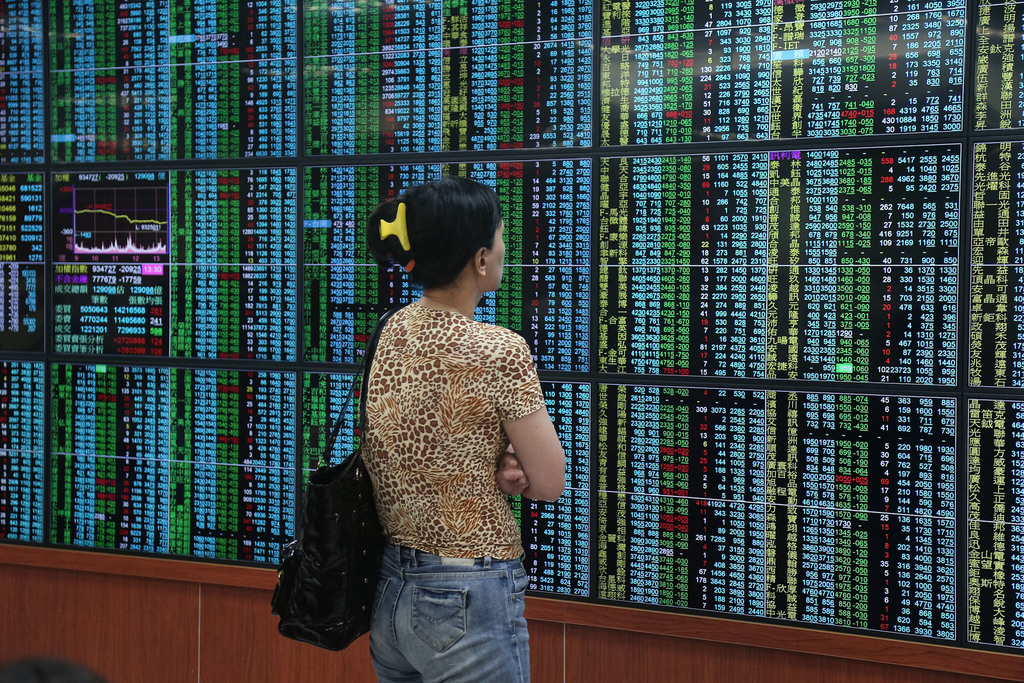 Taipei, June 4 (CNA) Shares in Taiwan took a hit Thursday after the bellwether electronics sector came under heavy pressure as investors took cues from a move by foreign institutional investors to raise the number of net short position contracts in the futures market, dealers said.
Since foreign investors tended to profit from futures by cutting their holdings in the spot market, selling focused on high tech heavyweights, led by smartphone camera lens supplier Largan Precision Co., which suffered a more-than 7 percent fall, the dealers said.
The weighted index on the Taiwan Stock Exchange closed down 207.89 points, or 2.17 percent, at 9,348.63, after moving between 9,325.01 and 9,558.77 on turnover of NT$135.17 billion (US$4.37 billion).
The market opened down 0.20 percent on follow-through selling from a session earlier as Taiwan Semiconductor Manufacturing Co. (TSMC) trended lower amid concern about the chip maker's sales growth, the dealers said.
Selling escalated as downward pressure spread to other high tech stocks, in particular Largan -- the most expensive stock in the local market -- and other electronics firms, while non-high tech stocks, including financials, also faced selling, which pushed down the index even lower at the close, they said. "This was futures-driven selling today after foreign institutional investors added a net of about 10,000 short position contracts yesterday," Mega International Investment Services Corp. analyst Alex Huang said. "To make profit in the futures market, it was no surprise that foreign institutional investors rushed to dump large-cap high tech stocks today," he added.
"After the local main board consolidated for about three weeks without making a breakthrough, many investors appeared impatient and unloaded their holdings instead," he said.
TSMC, the most heavily weighted stock in the local market, fell 1.40 percent to close at NT$141.00 after HSBC Securities forecast that the chip maker's sales growth rate could fall to 10-15 percent over the next few years from a 20-30 percent increase seen in the past few years, due to higher customer concentration risks.
Among other falling electronics stocks, contract chip maker United Microelectronics Corp. shed 2.54 percent to end at NT$13.45 and integrated circuit packaging and testing services provider Advanced Semiconductor Engineering Inc. lost 2.70 percent to close at NT$41.50.
"More significantly, Largan took a beating and triggered a selloff in other high-priced stocks, prompting investors to concentrate on stop-loss selling throughout the session," Huang said.
Largan fell 7.24 percent to close at NT$3,205.00 as investors locked in their recent gains and left behind optimism toward its earnings resulting from orders placed by Apple Inc. in the second half of this year. The electronics sub-index ended down 2.23 percent.
In the financial sector, which closed down 2.01 percent, Cathay Financial Holding Co. shed 3.33 percent to close at NT$52.30, and Yuanta Financial Holding Co. lost 3.68 percent to end at NT$17.00.
"I think the market was oversold today. It is possible for the index to find strong technical support at the 220-day moving average of around 9,300 points soon," Huang said.