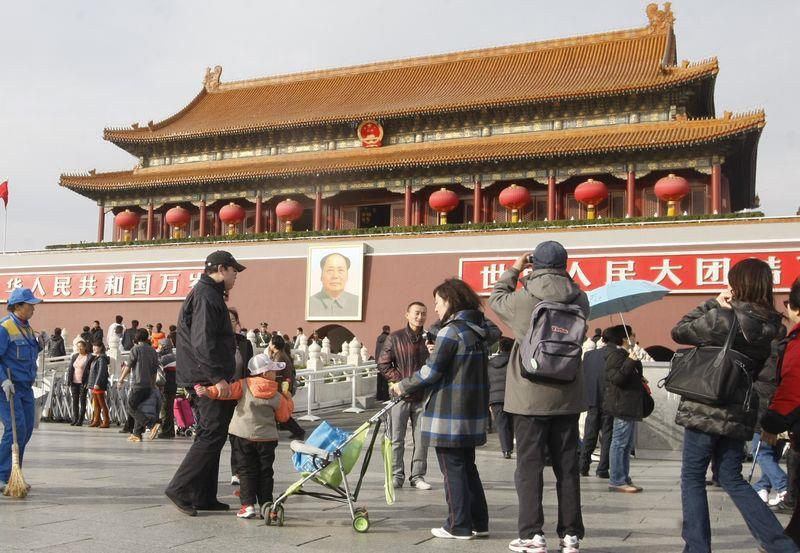 BEIJING (AP) — They were born too late to remember the night 26 years ago when Chinese troops slaughtered hundreds of pro-democracy student activists in the heart of Beijing. Many grew up hearing only government accounts of the event, which paint the massacre as the unfortunate conclusion to some vague political intrigue.

Nonetheless, this June 4, 11 Chinese university students living overseas are trying to break through the official silence with a widely circulated, passionately worded letter that encourages their compatriots to learn more about the Tiananmen massacre — a watershed event that has defined China ever since.

Written by University of Georgia graduate student Gu Yi, and co-signed by 10 other overseas Chinese students, the letter has become one of the few flashpoints as this year's anniversary arrives, with Chinese authorities on guard against even the tiniest of commemorations.

The letter remembers the government crackdown that killed hundreds and possibly thousands of unarmed protesters and onlookers. It demands that the Chinese leaders who gave the orders late on June 3 and in the early morning hours of June 4, 1989, be held responsible.

"We do not ask the (Chinese Communist Party) to redress the events of that spring as killers are not the ones we turn to to clear the names of the dead, but killers must be tried," the letter reads. "We do not forget, nor forgive, until justice is done and the ongoing persecution is halted."

An online copy of the document has reached readers in China with the help of software that let PDFs get past Chinese censors, Gu said. The document has already drawn a strong rebuke from the Communist Party-run Global Times, which said in an editorial that the students "harshly attacked the current Chinese regime, twisting the facts of 26 years ago with narratives of some overseas hostile forces."

Gu said he was addressing Chinese students who had not seen the troves of photos, film footage and eyewitness accounts about the massacre that he came across only after he left China to study.

"All they need to know is actually very simple," Gu said. "Some people died, and some people killed them. If you understand that, you don't have to understand a lot more."

In what's become an annual ritual, Chinese police were stepping up their vigilance in the capital Thursday to prevent any remembrance of the event. References to the massacre are nowhere to be found in Chinese media, and censors scrub social media posts that mention the event or its date.

In the only major act of commemoration in China, thousands of people in the semi-autonomous Chinese city of Hong Kong are scheduled to hold their annual candlelight vigil Thursday.

Gu said he was not worried how the letter would affect his chances of returning to his home country free from official harassment. He said his family had not run into any trouble yet from the authorities, although police had contacted the relatives of some of the co-signers.

"I can't do something always thinking about how this will affect me," Gu said. "Sometimes, it's just the right thing to do."

The students' letter was not the only one to mark the anniversary. A group of relatives of those killed in the massacre also issued a statement demanding that Chinese leaders be brought to justice and that the victims' families win compensation.

Foreign Ministry spokeswoman Hua Chunying responded Tuesday to the relatives by arguing that the country's rapid economic growth over the past 26 years justified the crackdown.

"As for the political turmoil that happened in the late 1980s, the Chinese government and party have already made a clear conclusion," Hua said. "The great achievements China made during the past 30 years in the practice of reform and opening-up have shown that China's development path is absolutely correct, and wins resolute supports from 1.3 billion Chinese people."

So far, such acts of dissent haven't penetrated what's been a remarkably successful campaign by Chinese authorities to erase Tiananmen from the collective memory, said Willy Lam, a political analyst at the Chinese University of Hong Kong.

"It is still important to the extent that it shows that the generation of Chinese who were born after Tiananmen Square are still eager to find the truth and defend the truth," Lam said of the students' letter. "Still, it's difficult to see what kind of impact it would have, whether it would make a dent in this so far quite effective strategy by the authorities to impose amnesia on June 4th."