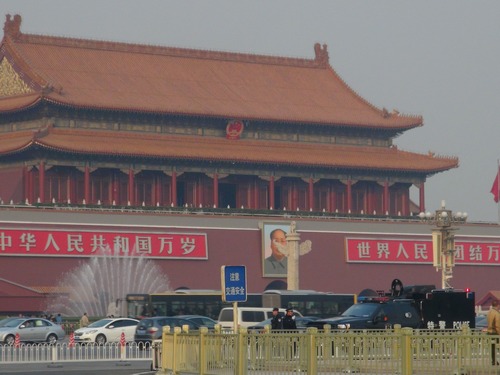 Market & Commodity ■ The Taiwan Stock Exchange (TWSE) main index opened 18.99 points lower to 9,537.53 Thursday, with turnover reaching NT$1.90 billion. (Taiwan News) ■ Encouraging economic news pushed stocks higher Wednesday, although a slump in energy companies and utilities kept broader gains in check. Stocks climbed from the start of trading on news that U.S. exports rose in April and that hiring picked up in May. The buying followed a rise in overseas markets on hopes of a breakthrough in Greece's talks with its creditors. (AP) World News ■ Hopes dimmed for rescuing more than 400 people still trapped in a capsized river cruise ship that overturned in stormy weather, as hundreds of rescuers searched the Yangtze River site in what could become the deadliest Chinese maritime accident in decades. Chinese state broadcaster CCTV reported that 18 bodies had been pulled from the boat, which was floating with a sliver of its hull jutting from the grey river water about 36 hours after it capsized. (AP) ■ A senior Thai army officer has turned himself in over his alleged involvement in a human trafficking scandal, marking the first arrest of a military official since the investigation started last month. (AP) ■ Indian shopkeepers withdrew a popular brand of instant noodles, Maggi, from their shelves Wednesday after tests revealed the snack contained lead above permissible levels. (AP) ■ North Korea is racing to boost its electricity supply by 20 to 50 percent ahead of a major anniversary later this year, but even if successful, the "speed campaign" will not come close to satisfying this power-starved country's needs. (AP) Local News ■ An investigation in Taoyuan City turned up bags of beans from South Korea whose sell-by date had been changed from 2013 to 2016, reports said Wednesday. (Taiwan News) ■ Kuomintang presidential hopeful Hung Hsiu-chu said Wednesday it was “normal” for her to perform better in the opinion polls than party leader Eric Liluan Chu. (Taiwan News) ■ China should stop shouting behind closed doors but communicate directly with Taiwan instead, the Democratic Progressive Party said Wednesday. The comment by the opposition party’s chief of Chinese affairs Chao Tien-lin was a reaction to the Chinese ambassador in Washington, D.C., Cui Tiankai, wondering why DPP leader Tsai Ing-wen had to go and see “foreigners” in the United States instead of talking directly with Beijing. (Taiwan News) ■ The Ministry of Foreign Affairs on Wednesday slapped a yellow travel warning on the South Korean capital of Seoul due to the latest expansion of its outbreak of Middle East Respiratory Syndrome Coronavirus (MERS-CoV), barely one day after issuing a red alert. (Taiwan News) ■ The much-anticipated Windows 10 operating system will be available from July 29, the multinational tech giant Microsoft announced Wednesday in a Computex forum held at the Taipei International Convention Center (TICC) titled “Windows enables new devices & experiences.”(Taiwan News) ■ Taiwan’s laptop and PC component powerhouse Gigabyte prides itself in offering ultra slim and lightweight gaming models from the 14-inch P34W v4 to the larger 17.3-inch P37 models. There are no compromises to the hardware either as these notebooks sport high-end 980M GPUs with reasonably easy maintenance and accessibility. (Taiwan News) ■ A sustainable business model considers a wide range of stakeholder interests, including society and environment. They are also the key to winning over consumers today. (Taiwan News) ■ Whenever he touts the good ties his administration has built with the U.S., President Ma Ying-jeou said Wednesday, he would be criticized for being complacent, but when the praises come from the U.S. officials, then the situation is very different. (CNA) ■ Shares of Taiwan-based smartphone vendor HTC Corp. incurred more losses to close at a new low on the Taiwan Stock Exchange Wednesday since the stock was listed in March 2002. (CNA)