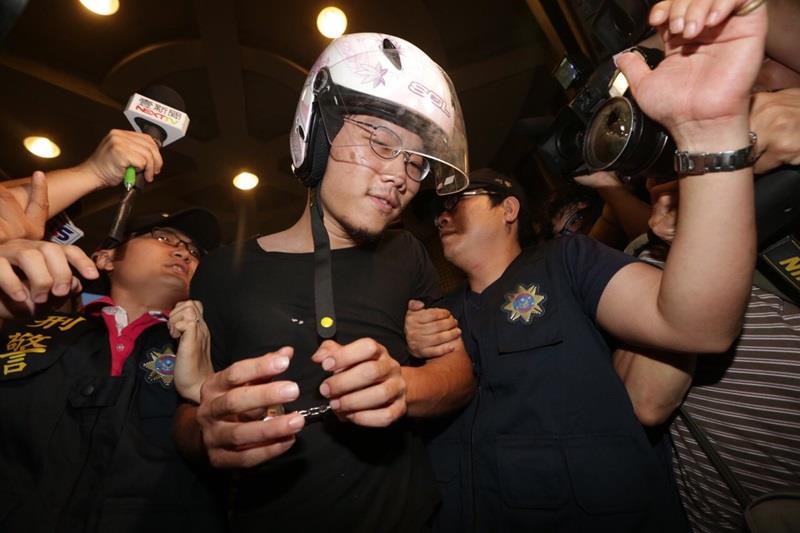 TAIPEI (Taiwan News) – An eight-year-old girl was fighting for her life Friday evening after being stabbed with a knife by an intruder at a Taipei City school, reports said.
After initial reports that she did not show any vital signs of life, doctors at the Veterans General Hospital operated on her and said she was still alive, though severely injured.
The man, identified by the media as 29-year-old Kung Chung-an, was arrested and reportedly admitted the crime, telling police he was “feeling social pressure.”
Around 4:40 p.m., a second-year pupil at the Taipei Municipal Wenhua Elementary School in the Beitou District reportedly found the girl bleeding on the floor inside the restrooms. According to reports, the man had scaled the rear wall of the school and had climbed up to the fourth floor, where he lied in wait.
When the girl arrived at the restrooms, he reportedly attacked her with a knife and stabbed her twice in the neck, reports said. She was taken to hospital for treatment, with media reports hinting her condition was critical. Her father was cutting short an overseas business trip and would arrive back Saturday morning, reports said.
The girl had reportedly been preparing to attend an after-school class in the traditional Chinese guzheng music instrument, reports said. Most pupils had left the school at noon, but some had stayed for extra classes and after-school work. As soon as news of the attack emerged, all children were kept inside the classrooms under the supervision of teachers.
The incident immediately elicited parallels in the media with the stabbings by student Cheng Chieh against random passengers on a Mass Rapid Transit train last year, which left four people dead and 24 injured.
Countering earlier reports that Kung had been unable to find work for four months, police said he had worked for a package delivery service and as a security guard at a local apartment building. He had not shown up for work for the last two days and had been seen around the school, where he used to study himself. He told police he was so angry he wanted to kill someone, media reports said.
As the suspect arrived at the Beitou Police Precinct, angry bystanders attacked him, cable stations reported.
Taipei City Mayor Ko Wen-je said his government would form a school campus security taskforce within a week. He was reportedly planning a meeting at 9 p.m. Friday to discuss safety at schools.