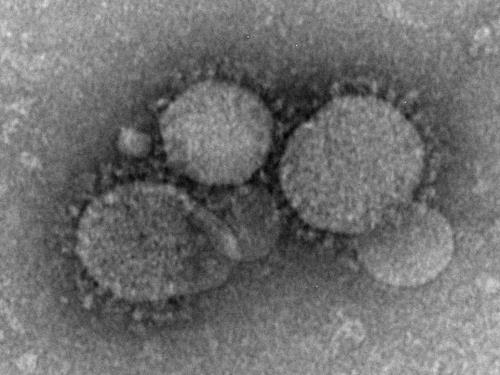 TAIPEI (Taiwan News) – The health authorities said Friday they were stepping up vigilance after China announced that a South Korean visitor had been diagnosed with the Middle East respiratory syndrome coronavirus, MERS-CoV.
The virus originated in Saudi Arabia, but South Korea announced that nine cases had been found over the past few days, while one South Korean national who traveled to China also saw his infection confirmed Friday.
The symptoms of the acute respiratory illness include shortness of breath, coughing and fever, and the virus often results in death.
Because of the frequent travel links between Taiwan on the one hand and China and South Korea on the other hand, the Centers for Disease Control on Friday explained steps they would take to prevent MERS patients from entering the country.
If any person identified on a list of persons who had contact with MERS patients was found to be traveling to Taiwan, his flight would be forced to stop away from the main airport terminal and health inspectors would board the plane to investigate. The patient and those who had come into contact with him would be transferred to a designated hospital for quarantine, officials said.
In a second scenario, if the person on the list of contacts was only intercepted inside the airport by health workers or customs officers, he would be asked to watch his own health until June 9 if he did not show any signs of the virus. If he showed the symptoms, he would be transferred to hospital.
A similar procedure would be followed if the person of the contact list had not been intercepted at the airport and had already entered Taiwan, officials said, though the number of persons having come into contact with him would be significantly larger, making the situation more difficult to control in the event he was diagnosed as positive.
At present, there was still no need to upgrade vigilance for travel by Taiwanese citizens to South Korea or for South Koreans tourists visiting Taiwan, officials said.