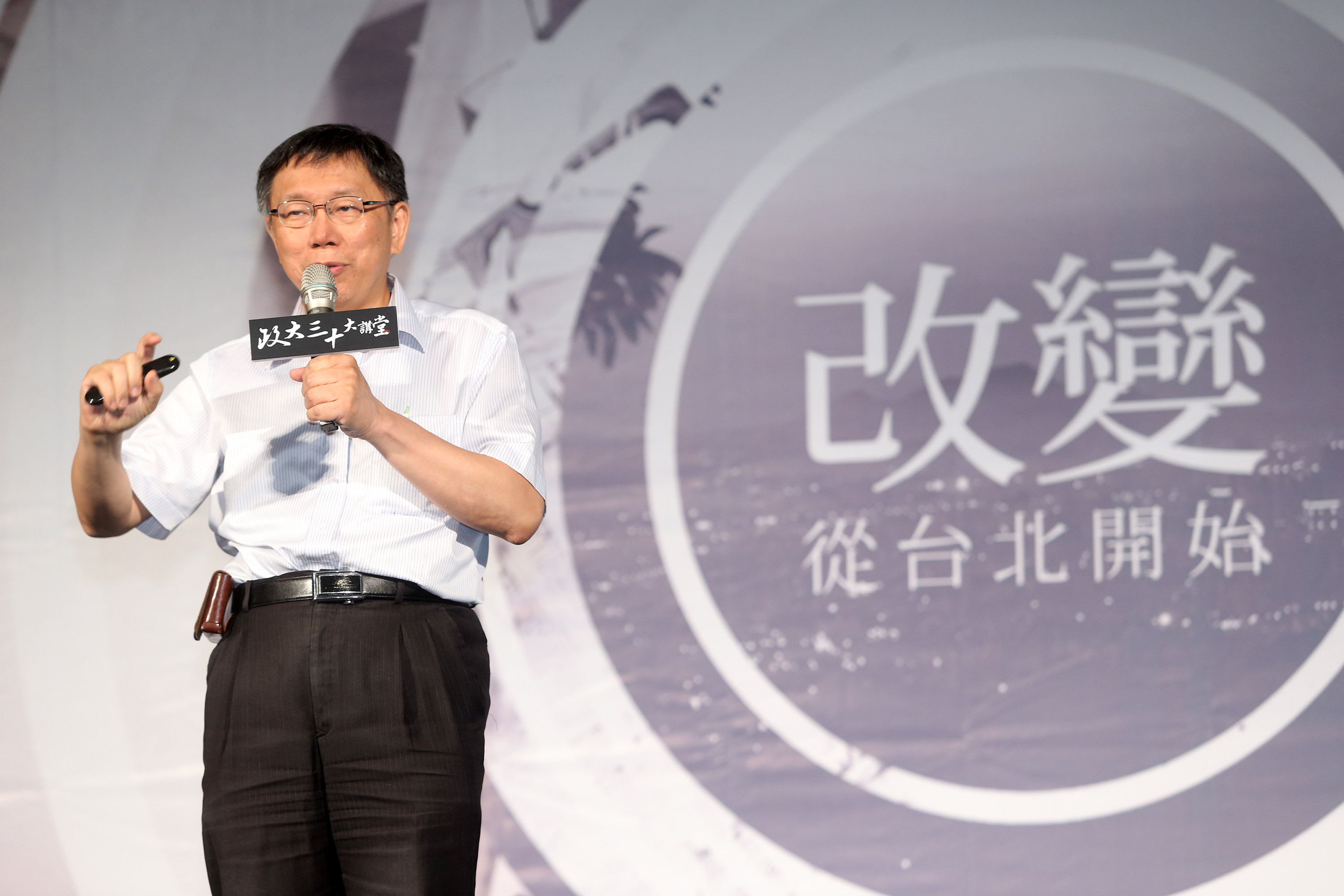 TAIPEI (Taiwan News) – Taipei City’s Clean Government Commission should close its investigation into the Taipei Dome at its meeting scheduled for June 10, Mayor Ko Wen-je said Friday.
The commission was set up after Ko took office last December to investigate five major build-operate-transfer projects, including the 40,000-seat Taipei Dome stadium developed by the Farglory Group.
Responding to questions from members of the Taipei City Council Friday, Ko reportedly said that he was growing impatient with the investigation and that the commission should hold its final meeting about the case on June 10. Any aspect that had not been cleared up yet by then should be referred to the Ministry of Justice and to the judicial system, the mayor said.
In its previous report, the commission slammed both President Ma Ying-jeou and his former Finance Minister Lee Sush-der for actions taken while they were mayor and city chief of financial affairs respectively. They were accused of having allowed Farglory to get away without having to pay major royalties to the city government, thus illegally favoring the developer at the expense of the capital’s citizens. Both Ma and Lee vigorously denied any violations in the case.
Ko said he had received a letter from Lee defending himself, but had not read it yet. Apparently, Lee said he was innocent and accused the commission of waging a politically motivated vendetta against him.
The former government official also wondered why no investigation was being conducted into a similar BOT project on the Kaohsiung Dome, a project once led by current Taipei Vice Mayor Charles Lin.
Ko said he hoped that the investigation into the four other major projects by the Clean Government Commission would not exceed three months.
The city ordered work on the Taipei Dome stopped out of safety considerations earlier this month, but then changed its stance to allow partial work to resume in order to protect the safety of the nearby Mass Rapid Transit line.
An earlier safety report demanded Farglory make a choice between either tearing the Dome down or razing the adjacent commercial center in order to make a quick evacuation possible in the event of a major disaster.