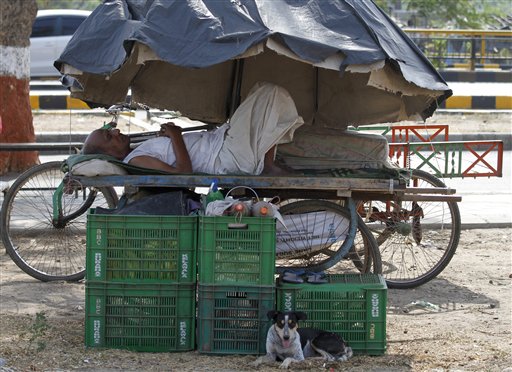 Meteorological officials called the heat wave "severe" and warned it would continue for at least another two days across a huge swathe of the South Asian country from Tamil Nadu in the south to the Himalayan foothill state of Himachal Pradesh.

Most of those killed by heat-related conditions including dehydration and heat stroke have been in the southern states of Andhra Pradesh and Telangana.

Cooling monsoon rains were expected next week in the south before gradually advancing north.