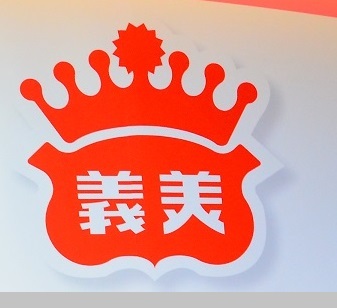 TAIPEI (Taiwan News) – I-Mei Foods Co., Ltd. for the first time became Taiwan’s No.1 brand on a list drawn up by Kantar Worldpanel and announced Tuesday.
Kantar’s annual Brand Footprint Report picks top consumer brands in each country. On a global scale, Coca Cola headed the latest list.
In Taiwan, I-Mei dislodged President Enterprises, which headed the list for two consecutive years, from the top spot.
Of the country’s ten major brands, I-Mei was the only one which saw its contacts with consumers rise, the report said. The company was one of Taiwan’s few major food producers which survived the past year’s food safety scandals unscathed, leading to a major improvement of its image and to stronger trust from the public.
According to the Kantar report, 82 percent of households in Taiwan bought I-Mei products 6.5 times in 2014, giving it the widest distribution of all Taiwanese brands. The figure amounted to 6.8 million households, maintaining I-Mei’s position within the top three for the third year running.
In second place came food company Kuang Chuan Dairy Co., Ltd., while President suffered the impact of the food safety scandals and fell to a third place. Nevertheless, the group saw three of its brands, President, Ruisui Milk and Chali Wang tea, end up in the top ten.
Kantar Worldpanel, an affiliate of British advertising giant WPP plc, uses consumer panels to measure public behavior in the purchase of fast-moving consumer goods and other services and products.