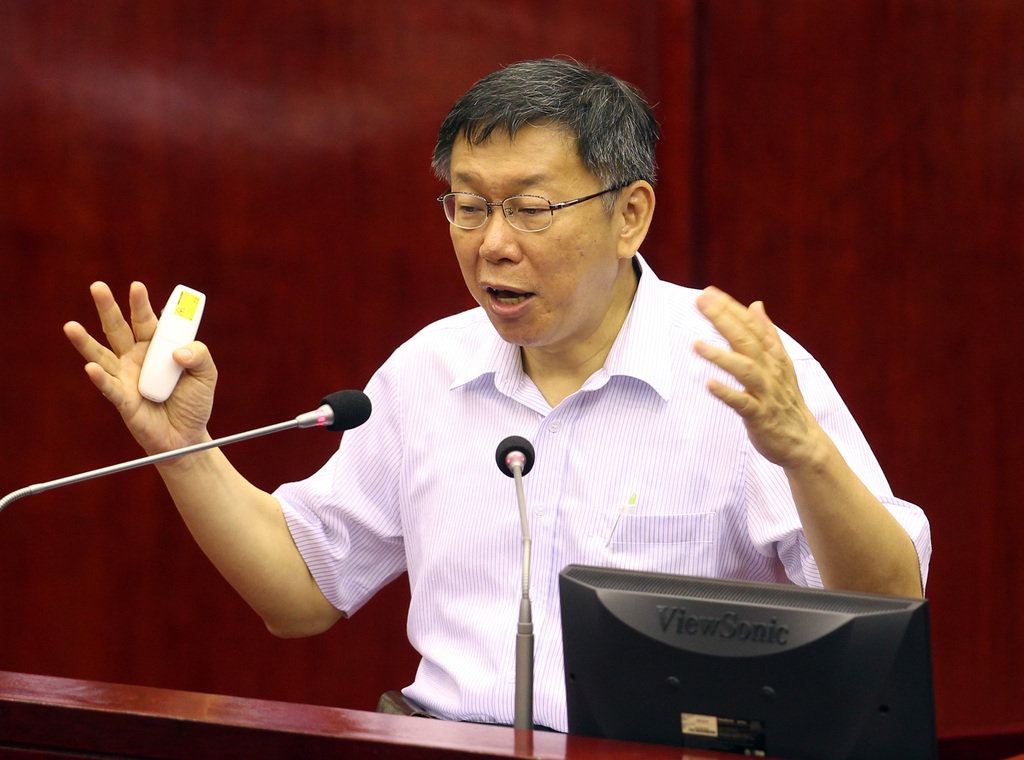 Taipei Mayor Ko Wen-je apologized again for his gaffe after recent comments made about the disabled not being able to find work that easily, and also regarding the job description of an advisor is “to speak when asked and watch the gate when not spoken to.”

After presenting his report on the “Five BOT projects”- the Syntrend Creative Park project, the Taipei Dome, the Taipei New Horizon complex, the MeHAS City residential project, and the Taipei Twin Tower - at the Taipei City Council Monday, Ko was lampooned by city councilors for making such brash comments.

The mayor was also questioned by councilors from both the Democratic Progressive Party (DPP) and Kuomintang (KMT) parties about the illegally leaked internal city documents made by his close aide and adviser Hung Chi-kune, who also requested that the offender be dismissed from his current position.

Ko’s recent gaffe sparked anger amongst council officials, comments which councilor Wu Si-yiao said hurt the approximately 600 advisers working at the city government, and also the nation’s disabled individuals, some of whom might even be still looking for work.

Councilor Hung Chien-yi also hinted the mayor that staff members are “hired to work and not rustle up trouble,” calling Ko not to make anymore inappropriate comments.

Hung’s case has since been reported to the city’s Department of Personnel for disciplinary procedures after confessing his offense last week.