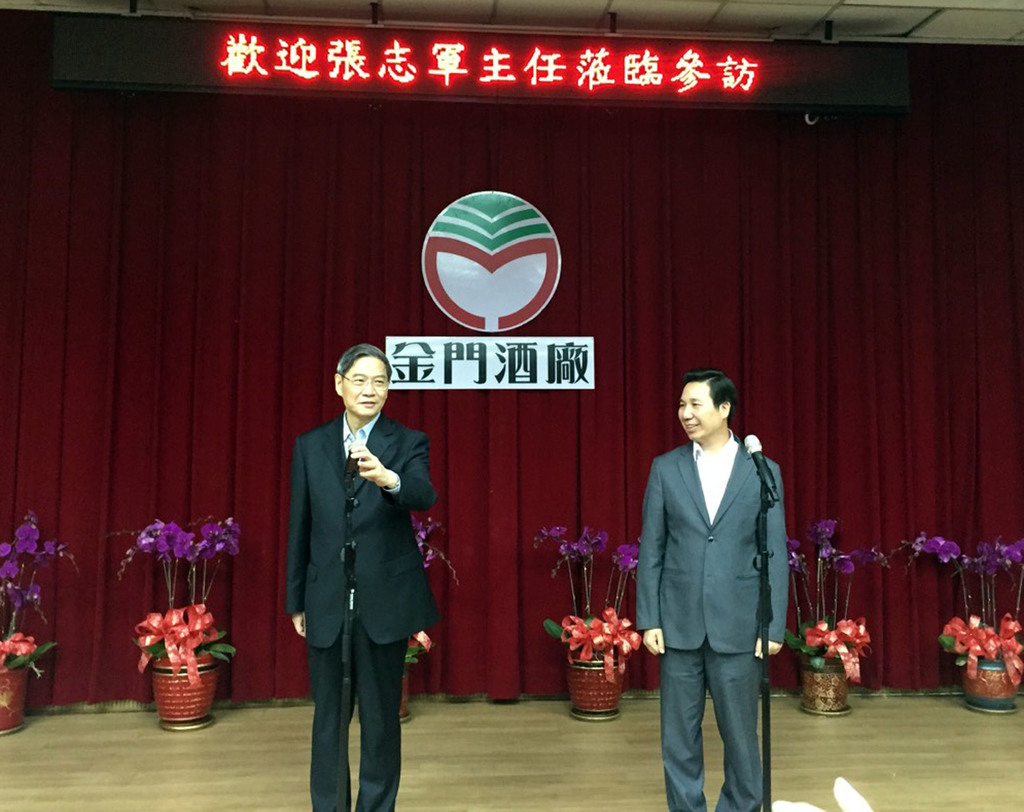 Taipei, May 24 (CNA) The peaceful development of cross-strait ties will help to mend historical wounds, Kinmen County Magistrate Chen Fu-hai said on Sunday during a meeting with a Chinese official.
"With Kinmen's difficult history, the peaceful development of cross-strait relations will allow both sides to mend historical wounds," Chen told Zhang Zhijun (???), head of the Taiwan Affairs Office (TAO) under Beijing's State Council who was touring Kinmen with Vice Minister of the Mainland Affairs Council (MAC) Lin Chu-chia.
Noting that "Kinmen will help connect Taiwan and mainland China based on the "'1992 consensus,'" Chen also expressed the hope that Zhang and Lin would help resolve pressing issues faced by Kinmen following their visit to the island, which lies just 10km off the coast of China and served as an anti-communist frontline in hostilities between the two sides in the 1950s.

Zhang arrived in the Taiwan-controlled offshore county a day earlier for a two-day meeting with his Taiwanese counterpart, MAC Minister Andrew Hsia.
For his part, Zhang said he would do his utmost to help improve cross-strait relations and boost mutual understanding. "Regardless of who is in power, taking good care of the people's livelihoods should always be the top priority," he said.

Zhang met with Hsia the previous day to discuss issues of mutual concern, including establishing Taiwan as a transfer hub for Chinese travelers, reciprocal representative offices, the supply of water from China's Fujian Province to Kinmen and negotiations on a cross-strait trade in goods agreement.


(By Huang Hui-min and Flor Wang)