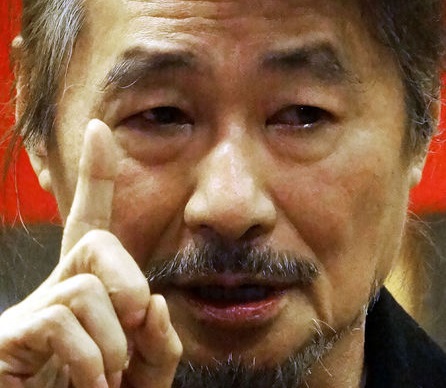 TAIPEI (Taiwan News) – Former Democratic Progressive Party Chairman Shih Ming-teh will announce a run for the presidency this week, the Chinese-language Apple Daily reported on its website Tuesday.
Shih left the DPP in 2000 before leading the “red shirt” movement against then-President Chen Shui-bian. The 74-year-old former opposition leader and political prisoner will reportedly run in the January 16, 2016 election as an independent.
Shih will announce his bid on Thursday, May 21, the Apple Daily wrote. Within the past month, he already contacted a public relations firm to design his campaign and notified prominent members of the DPP, the newspaper reported.
According to the paper, Shih chose May 21 for his announcement because it is the 25th anniversary of his release from prison, where he also spent 25 years.
The Apple Daily reported that earlier this year, Shih invited People First Party Chairman James Soong to his home and discussed the possibility with him that they should run on a joint ticket. Soong, who has also been frequently mentioned as a potential candidate, did not approve or disapprove of Shih’s ideas, but the two have not met since, reports said.
If Shih succeeded in featuring on a PFP ticket, he would not need the estimated 264,385 signatures from the public needed to run as an independent. The figure is based on 1.5 percent of the total of eligible voters in the most recent nationwide legislative election, which was held in 2012 on the same day as the presidential election.
Shih’s career has shown many ups and downs. As a soldier, he was arrested for forming a Taiwan Independence group. After being freed early, he joined the democracy movement and was jailed again following the 1979 Kaohsiung Incident.
After his release in 1990, he joined the DPP, which he led from 1994 to 1996. He left the party in 2000, the year it came to power as Chen was elected president. Shih became a major critic of the DPP administration and led the “red shirt” protests in 2006 to try and force Chen out of office.
He has since played a mostly low-key role on the margins of Taiwan politics.