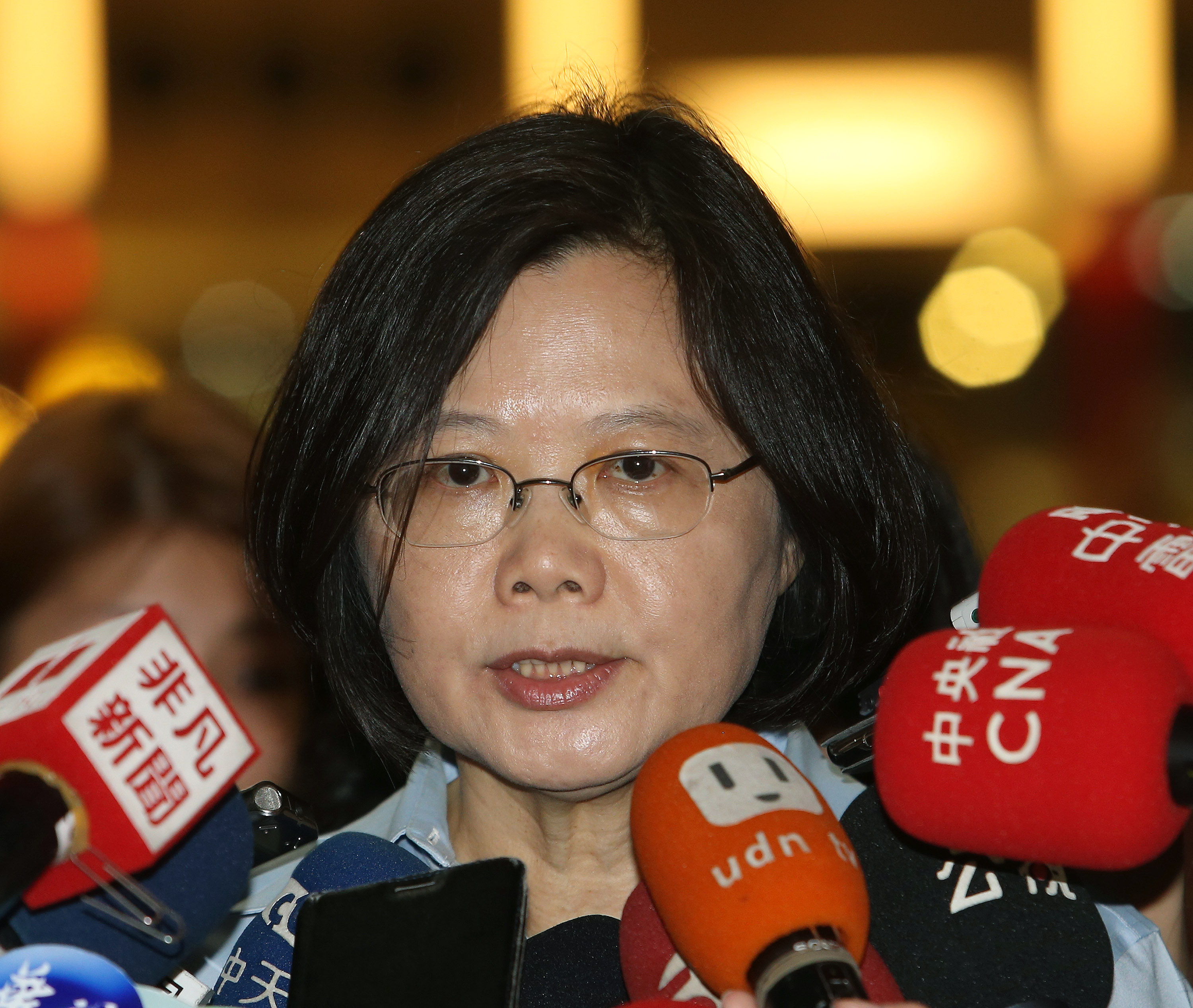 TAIPEI (Taiwan News) – Opinion polls published Tuesday confirmed Democratic Progressive Party Chairwoman Tsai Ing-wen’s lead in the race for the January 2016 presidential election.
Separate surveys released by the Chinese-language newspapers the Apple Daily and the Liberty Times both put Tsai in the lead ahead of each potential prominent Kuomintang candidate.
Over the past few days, Legislative Vice Speaker Hung Hsiu-chu and former Health Minister Yaung Chih-liang both registered as candidates for the KMT primaries, but many commentators still suspect party leader Eric Liluan Chu, Legislative Speaker Wang Jin-pyng or Vice President Wu Den-yih might be recruited, especially if neither Hung nor Yaung reach a level of 30 percent in the primary.
The smallest gap between Tsai and a KMT candidate according to the Apple Daily poll was 10 percent, with Wang receiving 32.06 percent as opposed to Tsai’s 42.1 percent.
Chu, who has been widely described as the ruling party’s most popular politician, would receive 36.65 percent but Tsai would still win with 48.56 percent, the Apple Daily wrote.
In the other comparisons, the opposition leader would win an absolute majority of votes in each instance. She would defeat Hung by 54.01 percent to 28.48 percent, Yaung by 51.44 percent to 24.05 percent, and Wu by 55.25 percent to 23.5 percent.
In the Liberty Times poll, the gap would also be the closest between Tsai and Wang, with the legislative speaker 16.77 percent behind the DPP chairwoman, while Wu also put in the worst performance.
Asked about the poll data, Hung cited examples from overseas where candidates faring badly in early polls ended up winning. Bill Clinton only received 2 percent in early polls, while British Prime Minister David Cameron’s Conservatives also looked like they were going to lose the recent general election, yet they unexpectedly obtained an absolute majority of the seats, Hung said.
Wang said he did not know about the opinion poll results when asked by reporters what he thought about performing better than Chu.
KMT officials have insisted that the winner of the party’s primaries will also be nominated as its candidate and ratified by its July 19 congress.