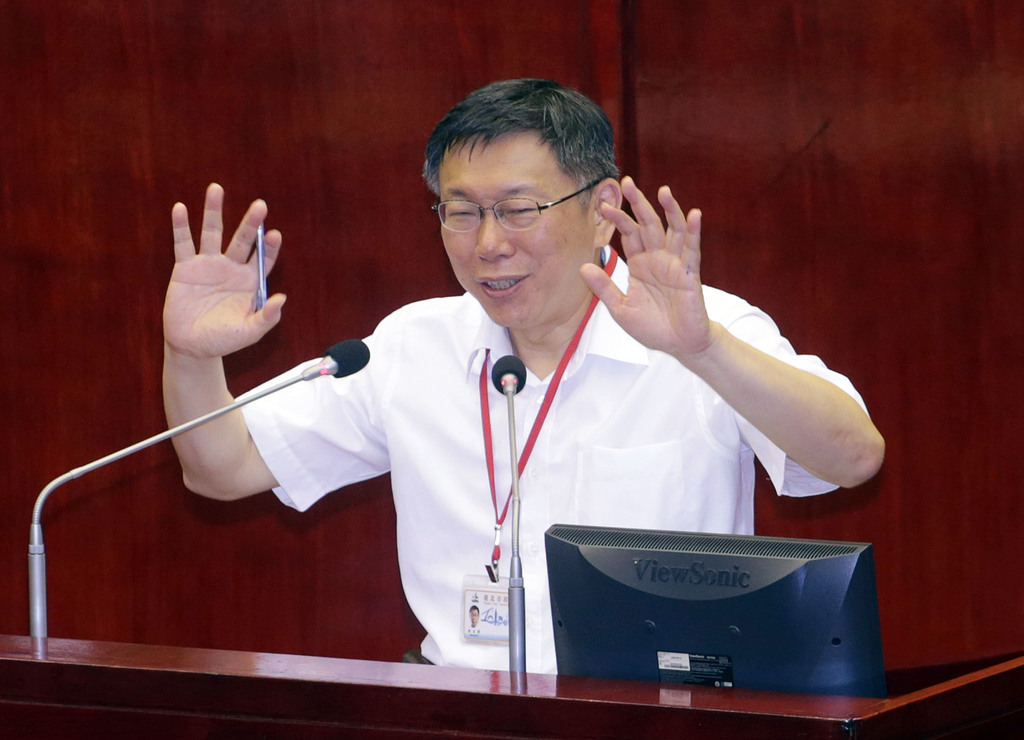 In response to his earlier remarks about the controversies surrounding the five build-operate-transfer (BOT) projects launched under the city’s former administrations, Taipei Mayor Ko Wen-je said Monday that he will reveal the details as long as there is evidence to back him up.

Just five months into office, Ko has uncovered several BOT projects riddled with controversies, notably those that were handed down by two former Taipei mayors – Hau Lung-bin and Ma Ying-jeou. These scandals have been referred to the city’s Clean Government Commission for investigation, including the Syntrend Creative Park project, the Taipei Dome, the Taipei New Horizon complex, and the MeHAS City residential project.

In an early Monday visit to the Taipei City Council, Ko was questioned by City Councilor Wang Zhi-bing as to why he chose to rename the “five controversies” to “five major cases” during the BOT system evaluation conference held Sunday, Ko responded that based on the evidence found, the BOT controversies are sure cases to be pursued.

“I will only speak what evidence provides me. I did not make up these controversies. The fact is that they do exist,” he added.

However, Wang refuted that these controversies have yet to be brought to court and no liable charges have been made, adding that Ko should apologize for his earlier statement that they are already major cases passed down by the court.

The BOT discussion on Sunday was made available to the public online to allow residents the chance to express their concerns. However, Ko’s outspoken words have again sparked new rhetoric to those that don’t see eye-to-eye with his administrative policies.