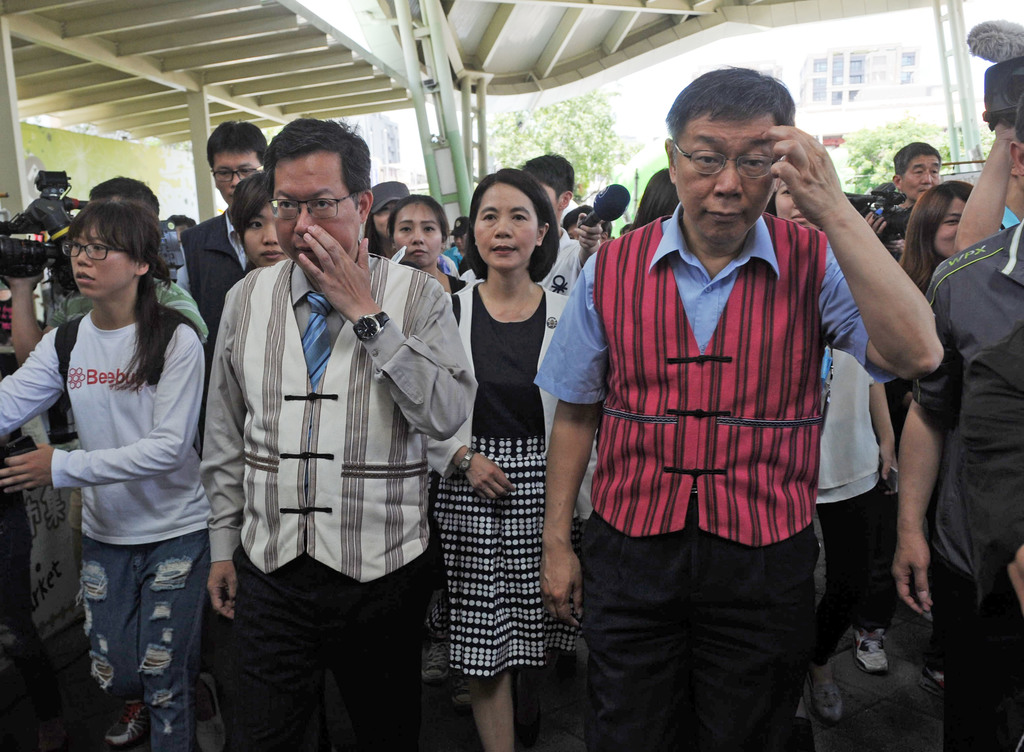 TAIPEI (Taiwan News) – Taipei City Mayor Ko Wen-je said Saturday that despite receiving messages each day encouraging him to refer President Ma Ying-jeou to prosecutors, he would follow the legal procedure in the Taipei Dome case.
The Clean Government Commission which Ko set up to investigate major construction controversies recommended on May 8 that the city government refer Ma and former Finance Minister Lee Sush-der to prosecutors because it said there was clear evidence that they illegally favored developers when they were mayor of Taipei chief of finance respectively.
Ma’s city administration decided not to demand royalties on the Taipei Dome project from developer Farglory Group, the commission concluded in its report, accusing Ma and Lee of having put Big Business before the capital’s citizens.
When asked by reporters Saturday why he had still not followed the commission’s advice, Ko said he wanted to take the fair legal path in resolving the case. He followed his mind, but he would respect the law in reaching a solution, the mayor said.
He acknowledged he was not a legal expert but a surgeon, but there was still a city government, a department of legal affairs and an anti-corruption department which would step on the brakes if he went too far.
When the relevant departments had completed their discussions of the case and recommended a suitable path to follow, then it would be up to him to decide on the best possible solution in the interests of Taipei citizens, Ko said.
He rejected accusations that he was controlling the process from start to finish. The Presidential Office earlier also challenged him to refer Ma to prosecutors and to take political responsibility if the legal case failed.
Former Mayor Hau Lung-bin accused Ko of waging a politically motivated vendetta against him, but the new mayor said he was only cleaning up after his predecessor.