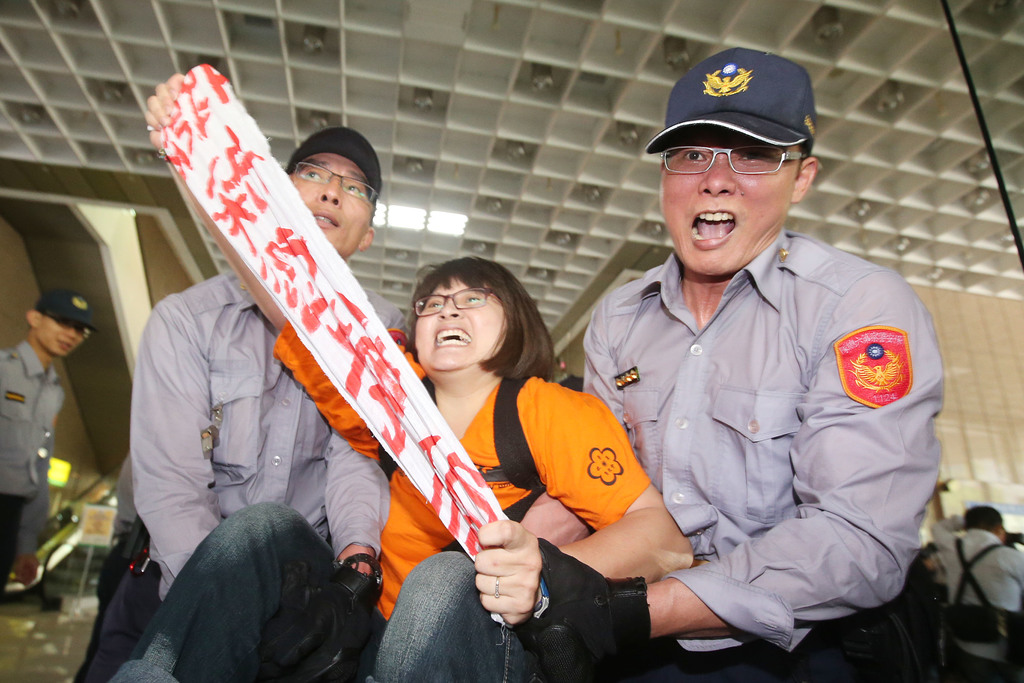 TAIPEI (Taiwan News) – Former freeway toll collectors daubed walls with paint and were thrown out of the central government’s Directorate-General of Personnel Administration Wednesday.
For months, toll collectors who were laid off after the manual toll collection system was abolished and replaced by an electronic system have launched sometimes completely unexpected protest actions.
Previous attempts at having their rights noticed by the Ministry of Transportation have included the occupation of stretches of freeway.
On Wednesday morning, members of the ex-toll workers association wearing red T-shirts showed up outside the offices of the DGPA, which is housed on the 10th floor of a government building complex which also includes the Ministry of Interior and the Mainland Affairs Council.
About a dozen protesters reached the offices by climbing the stairs, reports said. They daubed slogans in red paint against the exploitation of workers and the use of interim labor while locking themselves up inside the director-general’s office, reports said. Police removed the door and carried the protesters off the premises amid pulling and shoving.
The remaining former toll collectors remained inside the building shouting slogans for a while before deciding to move to a police station to express their support for their fellow protesters who had been picked up.
The toll collectors have demanded quicker government action in providing them with new jobs.