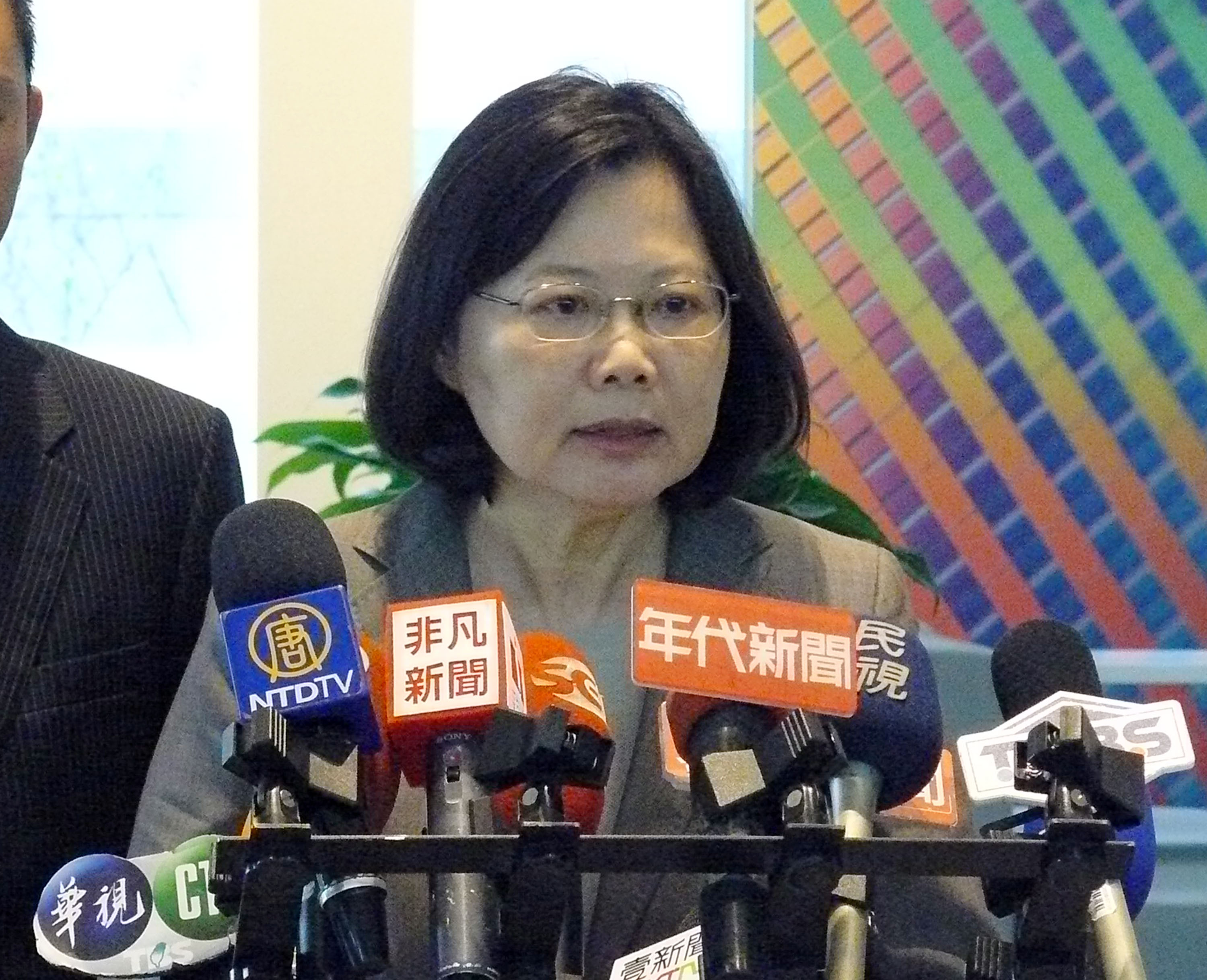 TAIPEI (Taiwan News) – Opposition leader Tsai Ing-wen’s tour of the United States will take her to six cities in 12 days, the Democratic Progressive Party said Tuesday, comparing her itinerary to an Ironman Triathlon.
Her trip has drawn widespread attention because she is the favorite to win next January’s presidential election, which could see the DPP return to power for the first time since Chen Shui-bian was president from 2000 to 2008.
Tsai will leave Taiwan on May 29 on what has been titled “a voyage of democratic partnership,” which will end on June 9. She will visit Los Angeles, Chicago, Washington D.C., New York, Houston and San Francisco. As usual for trips by major Taiwanese politicians to the U.S., she will meet with prominent local politicians, top academics and members of the Overseas Taiwanese community.
The DPP said it hoped Tsai could translate the spirit of her domestic campaign and relay the facts about the recent changes in Taiwanese society to a foreign audience.
As Tsai is cementing her status as the frontrunner in a presidential election only seven months away, interest in the U.S. has been high, particularly to hear what kind of China policies she intends to pursue.
Earlier, U.S. academics with a background in diplomacy questioned whether she had anything new to offer. During Chen’s two terms in office, relations between Taiwan and China were often strained, leading critics of the DPP president to describe him as a “troublemaker.”
Tsai recently emphasized that relations with China should be based on maintaining the status quo, but she refused to throw her support behind the “1992 Consensus,” the formula which the ruling Kuomintang says should remain the basis for cross-straits relations.
According to the government version of events, negotiators from Taiwan and China reached a consensus during talks in Hong Kong in 1992 that there was One China, but that each side could have its own interpretation of what that One China was.
The DPP rejects the existence of such a consensus, a stance which has been backed up by former President Lee Teng-hui, who was in power at the time.