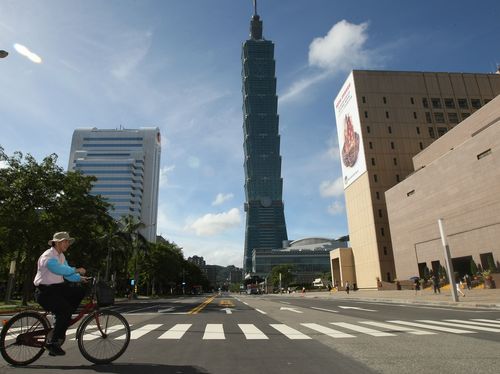 Taipei, May 10 (CNA) Taiwan dropped one place to 12th in the latest ranking of expatriate pay packages in the Asia-Pacific conducted by ECA International, a consultancy firm.
In contrast, China rose to fourth, overtaking Hong Kong, according to the survey released on May 7.
The cost of expatriate salary packages in Taiwan is among the lowest in the region, with an average total expatriate pay package for middle managers of about US$234,000 per year, the survey found.
"Expatriate packages are lower in Taiwan than in some of the region's other more developed economies, thanks largely to accommodation and international schooling being cheaper," said Lee Quane, Asian regional director at ECA International.
"The cost to companies of providing the benefits element of the package is almost half as high in Taiwan as in Hong Kong, for example. This is a plus in terms of attracting businesses looking to set up in the region," Quane said.
In comparison, Japan is home to Asia's highest expatriate packages, with an average for an expatriate middle manager of US$375,000.
Although, the total package for an expatriate middle manager in China is more than US$276,000 on average, not all Chinese cities require such high packages, Quane added.
"The cost of benefits provision in tier-two locations is still much lower than in tier-one cities and if those cities, alone, were to be taken into account, China would appear toward the bottom of the regional rankings above only Malaysia and Pakistan -- and two spots lower than Taiwan," he said.
When considering the cost of an expatriate package, companies factor in three main elements: salary, benefits -- such as accommodation, international schools, utilities or cars -- and tax, according to ECA.
To help companies relocating staff benchmark the packages they provide against the prevailing market level, ECA conducts an annual MyExpatriate Market Pay Survey of pay levels for expatriates around the world, including benefits, allowances, salary calculation methods and tax treatment.
The results of the survey, free to participants, enable companies to benchmark the salaries they pay to expatriates against the market.
More than 320 companies took part in the survey covering 167 countries and over 10,000 international assignees, ECA said.