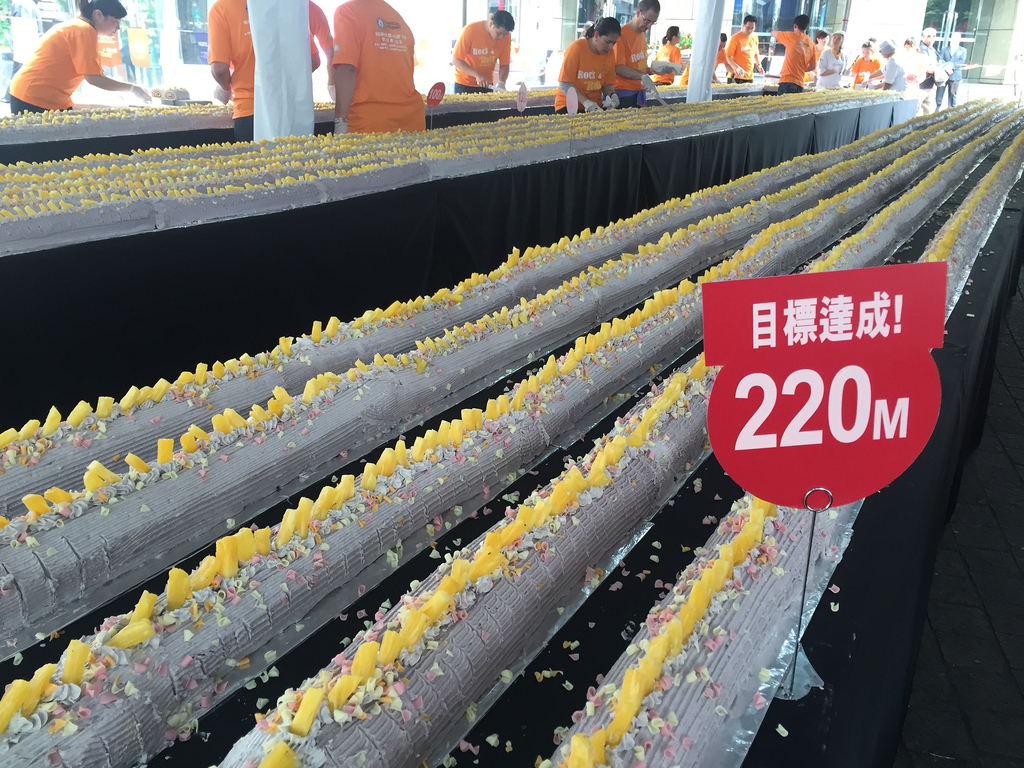 To mark its 20th anniversary and the completion of its renovation, Shangri-La’s Far Eastern Plaza Hotel, Taipei hosted a special event on Thursday and has beaten the world record for the longest roll cake, measured officially by the Guinness World Records on May 7.

On the day, the hotel’s professional pastry team and 35 students from Kai Ping Culinary School created a 268.69-meter-long Taro and Pineapple Roll Cake with Raspberry Jam. Apart from the challenge, a charity bazaar was also held in front of the hotel to share the excitement and love with more people as the proceeds of the sales will go to the SOS Taiwan Children’s Village in Taoyuan.

The culinary team deliberated on how to go about creating the roll cake for over a year. The team spent over 300 hours of their spare time for the preparations before the big day and selected local ingredients to go with the cake. An estimated 186 kilograms of taro cream and raspberry jam, 164 kilograms of Taiwan pineapple No.17, and approximately 2,000 eggs, 50 kilogram of sugar, 95 kilogram of flour and over 20 kilograms of chocolate were used to create the record-breaking cake.