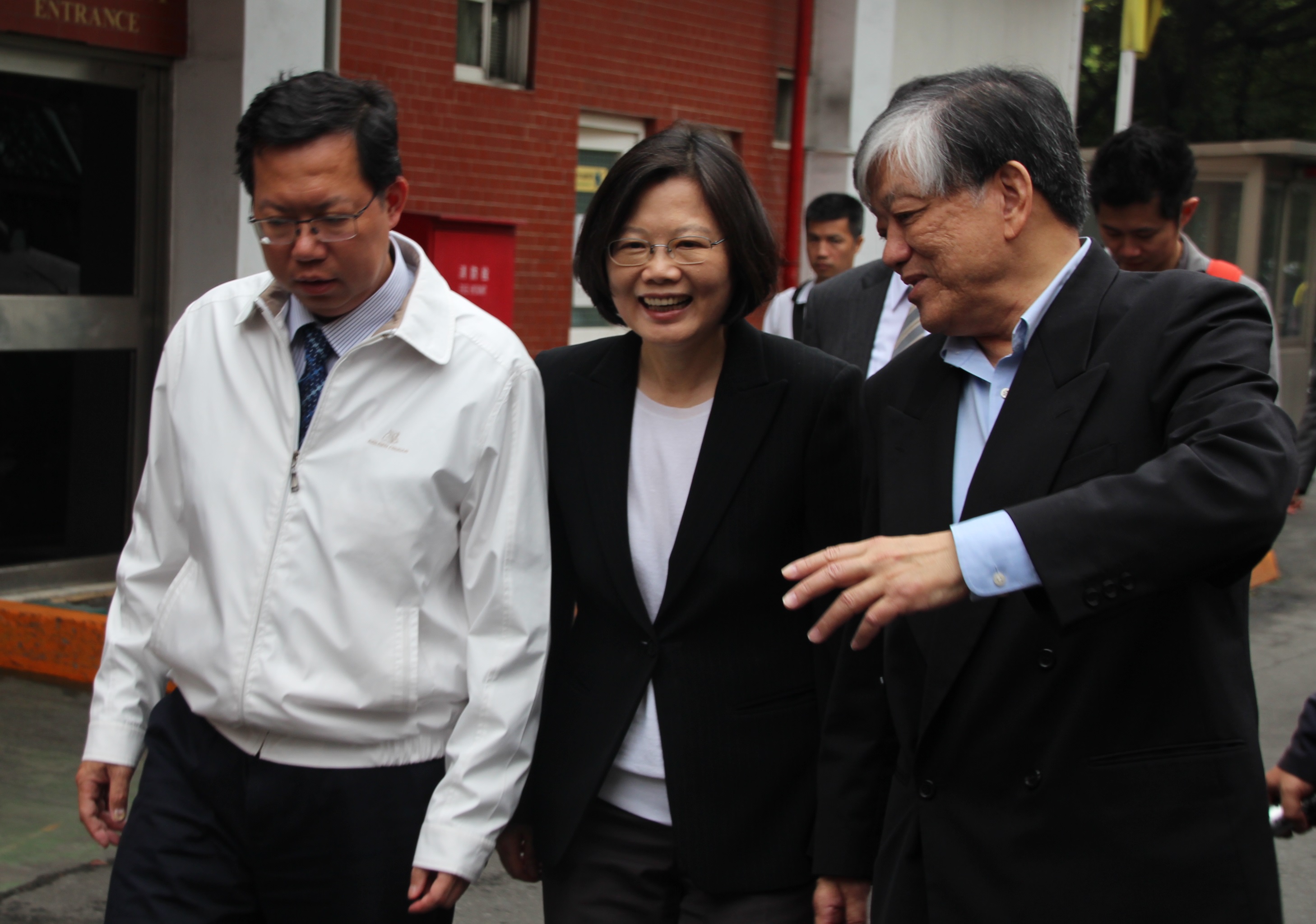 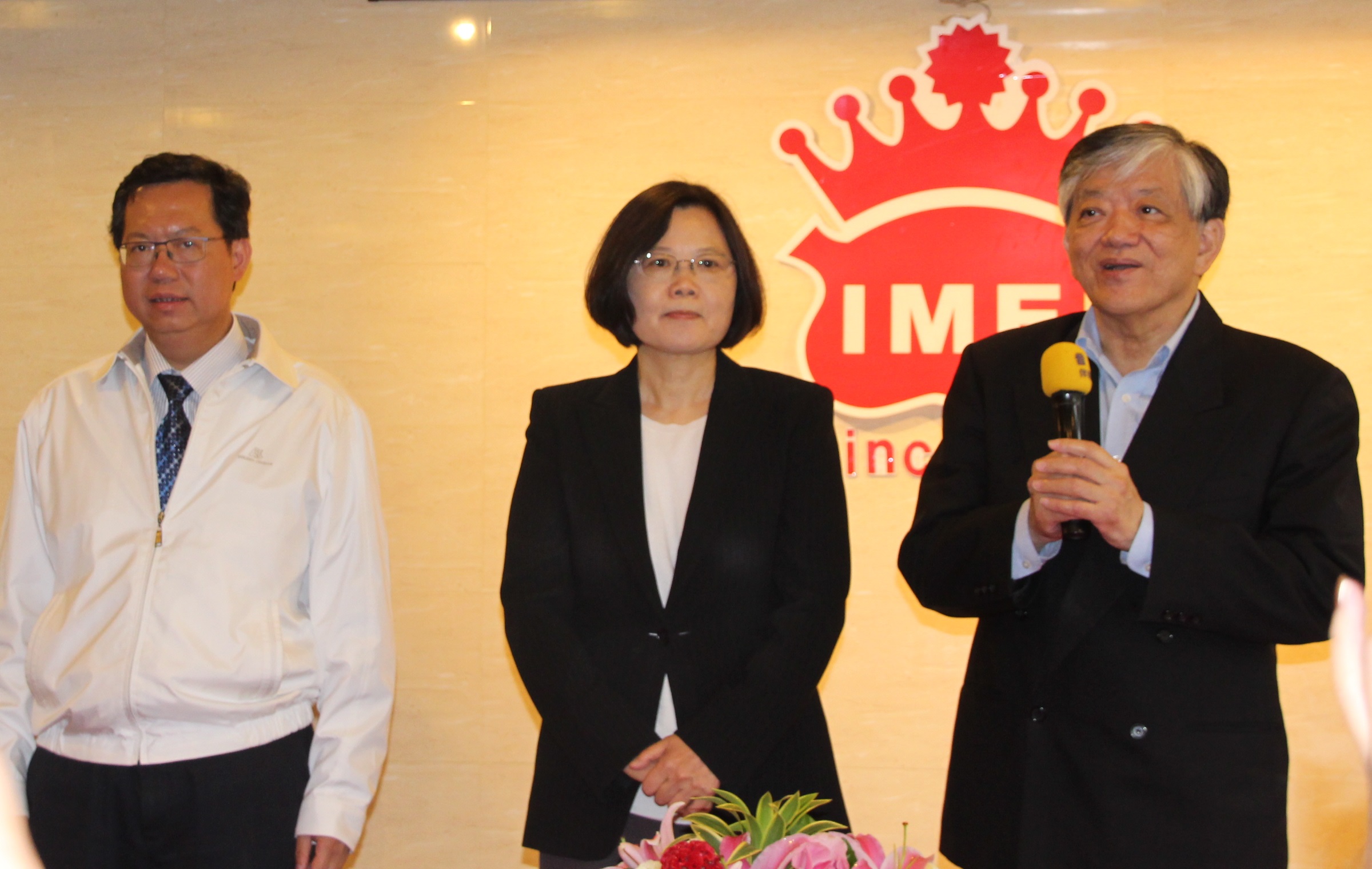 TAIPEI (Taiwan News) – Democratic Progressive Party Chairwoman Tsai Ing-wen on Wednesday visited the I-Mei Foods Co., Ltd. factory and laboratory in Taoyuan City, where she also discussed food safety with I-Mei General Manager Luis Ko.
The tour, on which she was accompanied by Taoyuan City Mayor Cheng Wen-tsang, was the latest stage in a series of visits to major businesses and associations in the run-up to the January 16 presidential election, in which the opposition leader is a favorite to win.
Tsai first heard an overview of the history of I-Mei, and received a present-day copy of a newspaper founded in the 1920s by Taiwan democracy activist Chiang Wei-shui from Ko.
At the company laboratory, Ko told her it would be a tragedy if only tests could show the public if something was safe to eat or not. I-Mei’s five basic principles were to look up the source for the ingredients, keep a close eye on commodity trading prices and on the list of clients, enhance the company’s testing capabilities, and conduct testing in a careful and professional manner, he said.
He named the pesticide DDT, which was banned in only 90 countries, but was still in use in many poorer countries because it was the only type of pesticide they could afford. As a result, the cancer-causing substance could be found in some ingredients imported into Taiwan.
Tsai replied that I-Mei had been able to avoid the several food safety scandals of the past few years not out of sheer luck, but because they were making a substantial effort based on corporate values and social responsibility. She indicated her agreement with Ko that each stage of the food-producing process had to be separately regulated and closely monitored.
Cheng named food safety as the public’s gravest concern, but added that the government’s current policy of increasing fines would not be enough to solve the problem. Local and central government needed to cooperate to realize a more efficient system to guarantee food safety.