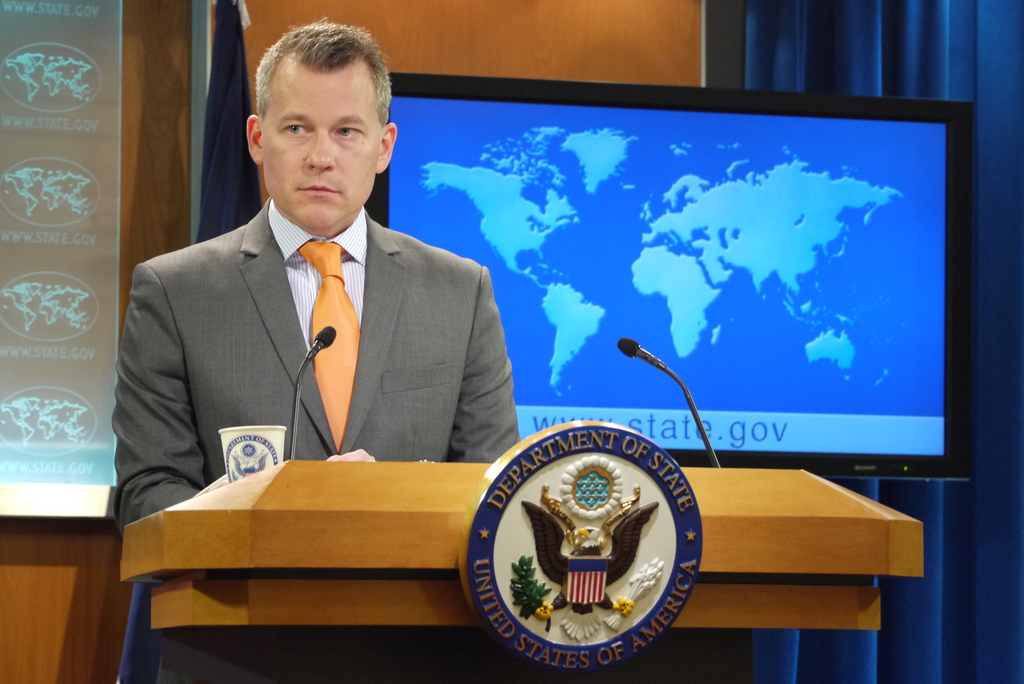 U.S. State Department spokesman Jeff Rathke on Monday said the United States welcomed steps on both sides of the Taiwan Strait to reduce tensions and encouraged both Beijing and Taipei to “continue constructive dialogue.”

In response to questions regarding how the U.S. viewed the Chu-Xi meeting yesterday, Rathke told reporters that: “As to the content and pace and scope of those interactions, it should be acceptable to people on both sides of the Strait, but we leave those details to the people participating.”

When asked to comment on Taiwan’s AIIB bid, Rathke said the U.S. government’s stance on the China-led infrastructure bank is clear, that it needs to “operate in an efficient, transparent manner”, and meet “a high-level of standard.”

Also in response to if the U.S. will consider telling Taiwan’s opposition leader Tsai Ing-wen on her next visit the United States to base on the 1992 Consensus when opening future talks with China, Rathke said he has no comment on Taiwan’s internal matters, but adds that his government fully supports any peaceful means to improve relations across the Taiwan strait.