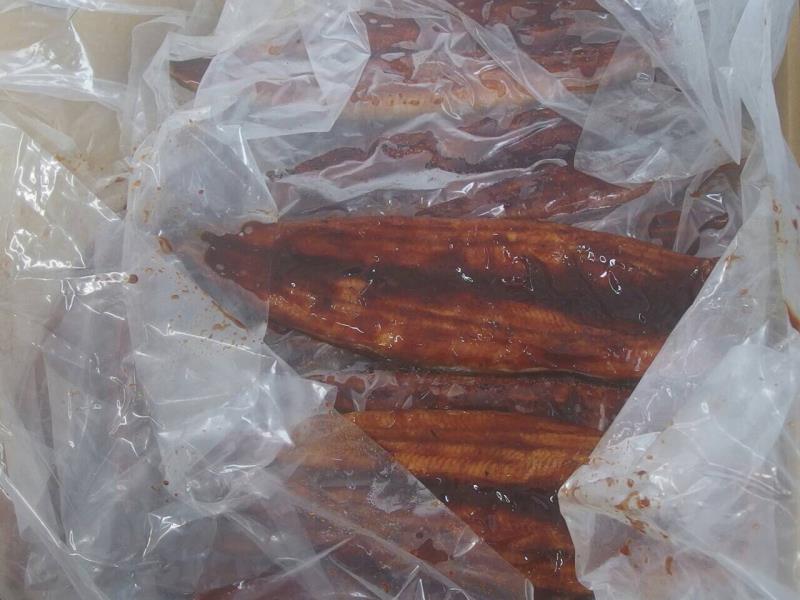 TAIPEI (Taiwan News) – Health inspectors in Taoyuan said the find of high levels of banned malachite green in eels distributed by Ming Chuan International has been confirmed, leading to the sealing of 2.8 tons of the fish.
Malachite green is a substance used in the dyeing of fabric and paper, but is also used at fisheries to combat parasites and bacteria in fish. The product is banned in many countries because it is believed it can cause cancer as well as problems for liver, kidney and fertility.
The eels found at Ming Chuan on April 27 were tested, with results showing malachite green levels of 2.96, 2.65 and 2.31 parts per billion, reports said Saturday. The total weight of the eel products affected amounted to 2,891 kilograms, according to prosecutors who were still investigating the case.
The toxic substance was found in finished and half-finished eel products of various sizes, some of which were destined for export to Japan, reports said.
The management of Ming Chuan could face fines ranging from NT$60,000 (US$1,950) to NT$200 million (US$6.5 million) or prison sentences from five to seven years under legislation which was toughened up after a series of food safety scandals last year.