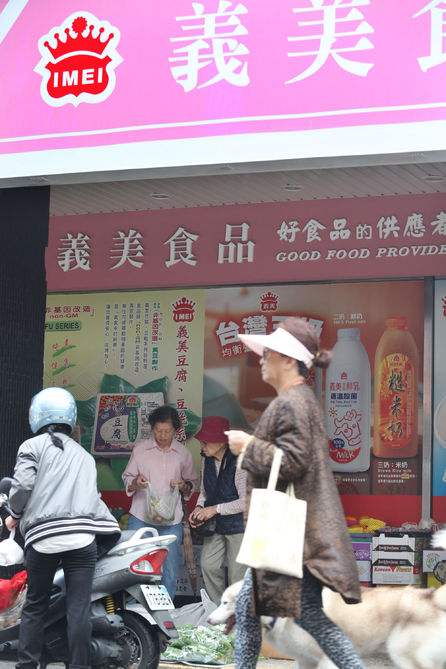 TAIPEI (Taiwan News) – Even though I-Mei Foods Co., Ltd. was awarded preferential status to manage the food plaza at the Taipei Veterans General Hospital, the original contract holder asked for a delay of three months.
Tainan-based Dachan Great Wall Group appealed the decision to award the contract to an I-Mei affiliate with the Ministry of Finance and demanded a postponement of the handover by three months.
The hospital issued a statement saying the delay was not deliberate, but under regulations governing appeals, it had to wait until there was a final ruling in the case before it could sign the contract with the company which had won the bid.
The I-Mei group said it had been listed as the optimal bidder and had already paid a NT$10 million (US$326,000) guarantee to the hospital. The next day, the two sides were supposed to sign the contract, but because Dachan appealed and demanded a three-month delay, I-Mei was unable to sign.
None of the parties involved, whether the hospital or the government’s Veterans Affairs Council which supervises the hospital, was able to provide a reasonable explanation for the delay, I-Mei said. If the case impacted on the company’s rights, it would not exclude any administrative recourse, I-Mei said.
The head of promotion of private participation in infrastructure projects at the Ministry of Finance, Tseng Kuo-chi, said his department had received the Dachan appeal, which had entered the administrative process. As I-Mei had obtained the bid, it had the right to sign the contract, so the hospital should conduct the necessary procedure within the timespan stipulated by the law, he said. When the ruling came out about the appeal, the case should be handled according to the ruling, he added.
According to the Chinese-language United Daily News, the Tri-Service General Hospital had also issued a tender for the management of its food court, but one of the demands was that the bidders had experience with managing a plaza containing more than 20 stands, provoking descriptions of the demand as the “Dachan clause.” The hospital defended the requirement by pointing out the size of its complex and the demand for quality service.