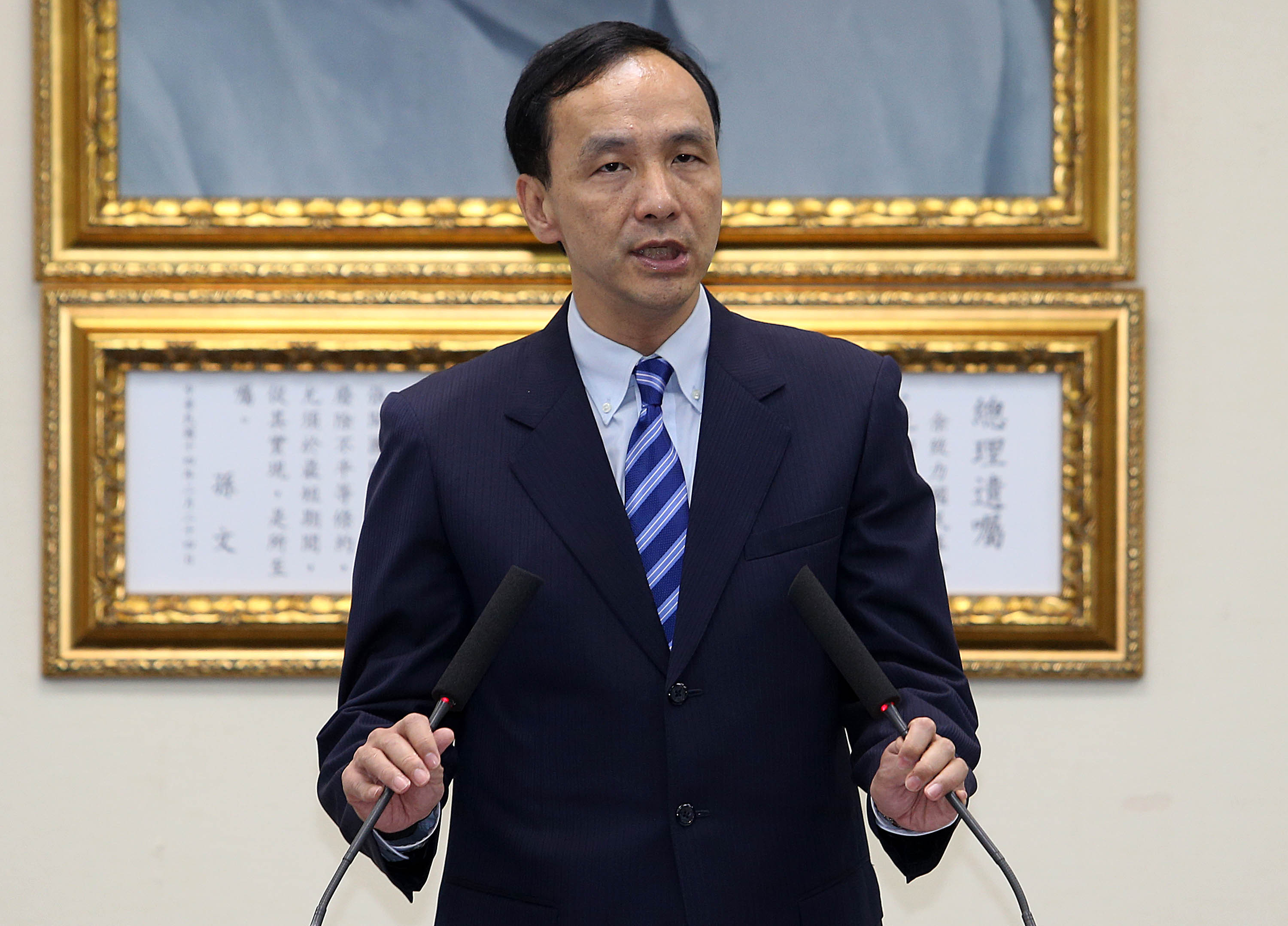 The trip itinerary and various details of KMT Chairman Eric Liluan Chu’s trip to China next week have been unveiled. Plans focus on the meeting between Chu and Chinese President Xi Jinping which is to take place on May 4 in Beijing. Chu and his accompanying delegation will spend a couple of days in Shanghai before moving on to Beijing for the Chu-Xi Meeting

Participants in the Chu-Xi Meeting will include ten persons from each side sitting around an oval table. The outline calls for two main parts, opening with a six-minute segment featuring opening remarks by Xi and Chu with media present. This will be followed by a closed-door, 60-minute session between the two delegations.

The total number of participants during the talks and forum is expected to reach about 115 persons. The two delegations will split up into groups representing SMEs, youth and grassroots groups as well as a trade, science and technology group and a cultural and educational group for various discussions.

The KMT delegation will travel first to Shanghai Pudong International Airport and proceed to Shanghai Fudan University for speeches at 3 pm and a dinner hosted by CPPCC chairman Yu Jiefeng.

A KMT-CPC forum will be held the morning of May 3 at the Shangri-La Hotel in Shanghai, including a speech by Eric Chu, Following a brief media session and photo op the group will go to the Yawei Fashion Hotel for lunch and discussions with Taiwanese living and working in the Shanghai area. Chu will then led a KMT delegation of about 20 people to Beijing for a welcoming dinner by Beijing CCP Party Secretary Guo Jinlong.

The "Chu-Xi Meeting" at Beijing's Great Hall will take place the morning of May 4, to be followed by a trip to Beijing University to meet a group of students and a visit to the Temple of Azure Clouds at Xiangshan to pay homage to Sun Yat-sen. After that the group will return to Taiwan.