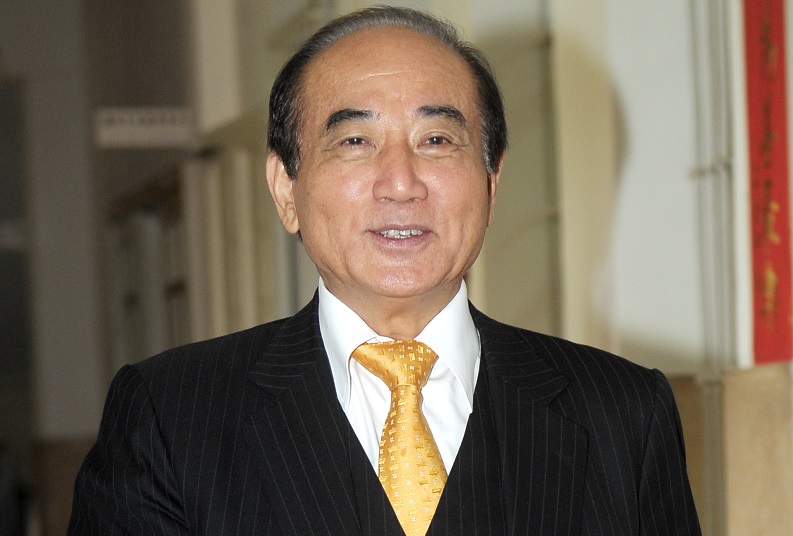 Legislative Yuan Speaker Wang Jin-pyng continues to play coy on the issue of whether he plans to plunge into the KMT primary for the presidency in 2016. He offered only the slightest indication Wednesday that he is interested in a campaign, saying tersely that "I am now actively considering very carefully whether to join in the election." He repeated his oft-spoken retort that “I never said I was not running,” this time without adding the usual qualifier, “but I never said I was running either.”

Rumors last week had Wang picking up an application from the KMT election committee sometime this week, but Wang continued to play that possibility down, saying, "I don’t know how other people know things that I myself don’t know. Strange." He also dismissed another report which said he would issue a 22-page declaration when he announced his intention to run, saying he could learn more from “consulting his kneecap” than listening to such rumors.

Wang also fended off a story attributed to former Yunlin County Magistrate Chang Jung-wei that Wang had made up his mind to jump into the election after talking to local in Yunlin. Wang said, "He is not me. I know what I’ve made up my mind to do."

A poll released by the Taiwan Brain Trust Wednesday showed support for Wang slightly ahead of KMT chairman and New Taipei City Mayor Eric Liluan Chu as the party’s candidate in the 2016 presidential election.

Both Wang and Chu were favored by a bit more than a third of those polled, with Wang netting 38.8% while Chu was a few points behind at 35.7%. Vice President Wu Den-yih lagged far behind with 8.9%.