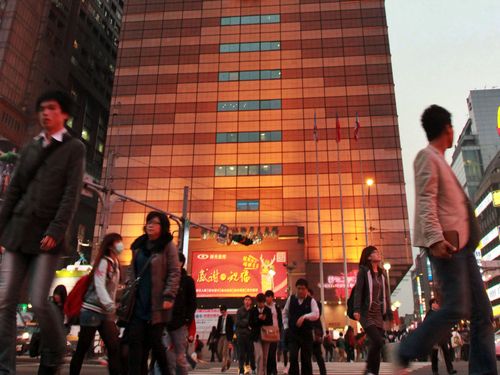 Taipei, April 30 (CNA) Taiwan's gross domestic product (GDP) for the first quarter of this year rose 3.46 percent from a year earlier, lower than an earlier forecast of a 3.50 percent increase, according to an advance estimate released by the government Thursday.
The Directorate General of Budget, Accounting and Statistics (DGBAS) said that the lower-than-expected first-quarter GDP growth data reflects declines in both domestic demand and bilateral trade.
After seasonal adjustments, Taiwan's first-quarter GDP rose 1.10 percent from the fourth quarter of last year, the DGBAS said.
Despite the lower-than-expected economic growth data for the first quarter, Mei Chia-yuan, a specialist with the DGBAS statistics department, said that Taiwan still outperformed South Korea and Singapore, the first-quarter GDP growth of which stood at 2.4 percent and 2.1 percent, respectively.
Mei said that the first-quarter data shows that Taiwan's economy remains on the way to stable recovery.
The DGBAS said that Taiwan's real merchandise and service exports after inflationary adjustments for the first quarter grew 5.88 percent from a year earlier, lower than an earlier estimate of a 7.31 percent rise made in February. The government agency said that the worse-than-expected exports showed a slower pace than the global economic recovery and a plunge in international crude oil prices that caused petrochemical product prices to drop. As a result, prices of Taiwan's products in the global market fell 4.18 percent year-on-year in U.S. dollar terms in the first quarter.
The DGBAS said that as local semiconductor makers put their investment plans on hold, Taiwan's real merchandise and services imports for the first quarter grew only 2.27 percent, 4.04 percentage points lower than an earlier estimate.
While local enterprises enjoyed an improvement in their bottom lines in the first quarter, which prompted them to increase pay for their employees, a fall in the local bourse's turnover and a bird flu outbreak led consumers to hold back their consumption to some extent, the DGBAS said.
In the first quarter, private consumption grew 2.51 percent from a year earlier, lower than an earlier estimate of a 3.15 percent increase, according to the DGBAS data. A fall in capital expenditure by semiconductor firms in the first quarter offset an increase in investment by air carriers to expand their fleets, the DGBAS said. It added that capital formation in the quarter even fell 1.12 percent from a year earlier, down from an earlier estimate of a 3.94 percent increase, dragging down the entire GDP growth by 0.25 percentage points.