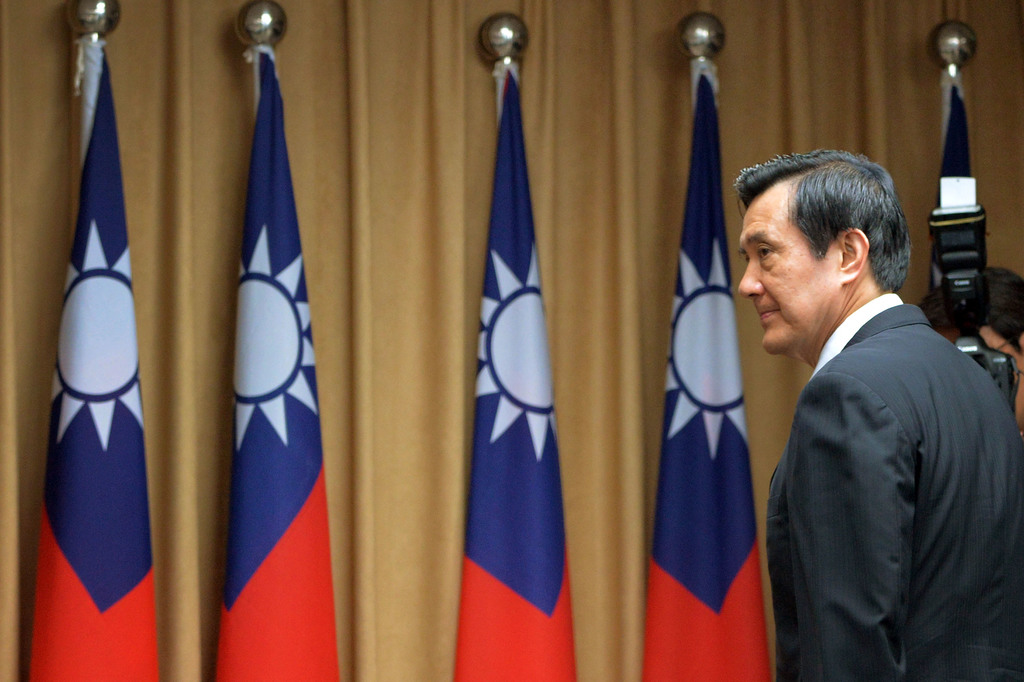 Taipei, April 29 (CNA) President Ma Ying-jeou (???) voiced his support Wednesday for the idea of solidifying the so-called "1992 consensus" and making this concept part of Taiwan's efforts to seek access to regional economic integration.
"I totally agree with" the idea proposed by incumbent Kuomintang (KMT) Chairman Eric Chu (???) to incorporate into Taiwan's efforts the "1992 consensus," a tacit understanding reached between Taipei and Beijing in 1992 to allow each side to have their own interpretations of what "one China" means, Ma said during a visit to the Mainland Affairs Council (MAC), Taiwan's top China policy-making body. During Taiwan's bid for its participation in regional economic integration, Ma said, his administration will also take care of the needs of Taiwanese small- and medium-sized enterprises. During an inspection visit to the MAC, Ma also attended a ceremony held by the agency to mark the 22nd anniversary of talks between Taiwan and China's top negotiators in Singapore and the 10th anniversary of a meeting in 2005 between then-KMT Chairman Lien Chan (??) and Chinese President Hu Jintao (???), the highest-level exchange between the KMT and the Communist Party of China since the withdrawal of KMT forces from China in 1949. In 1993, Koo Chen-fu (???), then-chairman of Taiwan's Straits Exchange Foundation, and Wang Daohan (???), who at the time was president of China's Association for Relations Across the Taiwan Straits, held the highest-level talks ever between the Republic of China and the People's Republic of China. The Koo-Wang talks (????) became a reality thanks to the "1992 consensus" reached the previous year in Hong Kong between Taipei and Beijing on how to characterize relations between the two sides -- that there is only one China, with each side free to interpret what "one China" means. Taipei insists that "one China" means the Republic of China, but Beijing chooses to emphasize only the "one China" principle and has intentionally ignored the latter part of the consensus -- that each side is free to interpret what "one China" means. Ma has repeatedly stressed that his party's 1992 consensus is the foundation for peaceful negotiations between Taiwan and China, and says that this has resulted in over a dozen cross-strait agreements on a wide range of issues, including judicial assistance and tourism. Meanwhile in Beijing, Ma Xiaoguang (???), a spokesman of the Taiwan Affairs Office under China's State Council, said the road toward the development of cross-strait relations will become wider as long as the two sides continue to uphold the "1992 consensus," which he described as a "common political foundation." Taiwan's pan-green opposition parties, including Democratic Progressive Party and Taiwan Solidarity Unuiin, totally reject the concept of a "1992 concensus." (By Kelven Huang and Elizabeth Hsu)