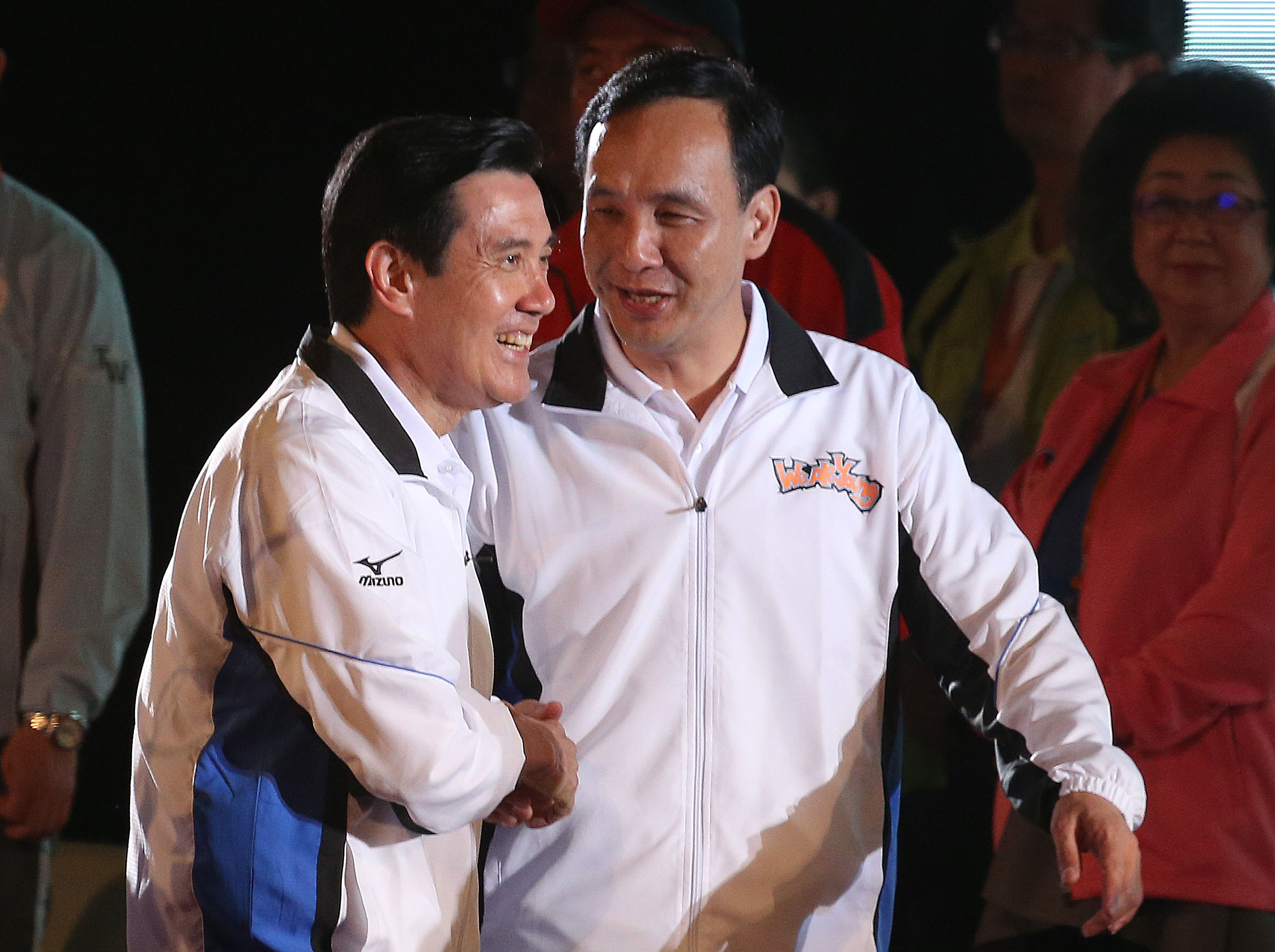 The KMT’s stunning losses in local elections in 2014 had a huge impact on the party and its operations, and the effect on President Ma Ying-jeou’s layout in the party was even heavier. The party has largely been split up into three factions including one centered on Ma Ying-jeou and Vice-president Wu Den-yih in the Executive Yuan, one around Wang Jin-pyng in the Legislative Yuan and a third focused on Eric Liluan Chua and Hau Lung-bin in the party. The three factions alternate compete with and cooperate with each other and relationships in the party have become more intricate and complicated as Chu functions as a party chairman without a solid base from which to operate.

Chu is in fact the party chairman, but at this stage he is still very vulnerable, and his continued insistence that he will not contest the 2016 election for president further undermines the position of his faction in the party. If the KMT fares poorly in 2016 it could mean the end of the chairmanship for Chu and it could also mean that running for president in 2020 would be out of the question as well.

According to Hong Yao-nan, Director for Market Forecasting at the National Chengchhi University Research Center, if Chu is at all interested in keeping alive his chances for a run at the presidency in 2020 there are at least three things he must accomplish in the KMT.

The first-step is to replace Lien Chan as the party’s main figure in dealing with China. Ma Ying-jeou has been the leader in most of the interaction between Taiwan and China during the past few years, but he has never been able to pull off the critical step of arranging a face-to-face meeting with Chinese President Xi Jinping. Instead, the KMT has handled its relations largely through the offices of former KMT chairmen Lien Chan and Wu Poh-hsiung.

This connection has helped to solidify relations between Ma and Lian within the KMT, and it has also left Chu on shaky ground in the party. If Chu is able to meet Xi directly it will give him a chance to assume the lead in hammering out relations between the KMT and the CCP and bring an end to a decade dominated by Lien Chan in inter-party relationships. it could also cement Chu’s standing in the party and put him in a better position to begin preparations for the next presidential go-around in 2020.

Chu’s second step, says Hong, will be to assure that the KMT retains a majority of the seats in the Legislative Yuan with the 2016 elections. Chu will serve as the ‘coach’ for the KMT team in the lead-up to the elections, and he must do all he can to see that the party manages to take more than half the seats in the Legislative Yuan this time around. Chu is new to his position as a national leader in the party has never had to deal with grassroots members and issues all across the island. This is one of the basic duties in being chairman of the party, and he must be able to generate enthusiasm and support for candidates in legislative races in Central and Southern Taiwan as well as in the more familiar areas of Northern Taiwan.

Finally, notes Hong, Chu must act to consolidate his power in the party. In the DPP the resignation of the party chairman has already become de rigu any time the party suffers a serious setback in an election, and Ma Ying-jeou did the same thing following the KMT’s pitiful showing in 2014’s 9-in-1 elections. For Chu, a similar response would be practically unavoidable should the KMT fare badly in January.

Thus it is critical for Chu’s future that the KMT be successful in its bid to retain control of the Legislative Yuan in 2016 while at least performing better than expected in the contest for president. If Chu ends up losing the party chairmanship and returns to his former status as the Mayor of New Taipei City his chances of running for president in 2020 would be severely diminished. Still, if the KMT does poorly in 2016 and cannot come up with a viable alternative to Chu as party chairman, he may still have some wriggle room to maneuver over the next four years.

Consolidating a power base takes time, and Chu’s accession to the top of the party at the end of last year was unexpected. He was caught off guard in a party laden with aging leaders and not so many younger players jockeying to get into position in their stead. Chu's strategy for himself and the KMT will take time, and he will have to deal with possible contenders and solidify his own position in order to maintain his hold on the helm in the party in the future.