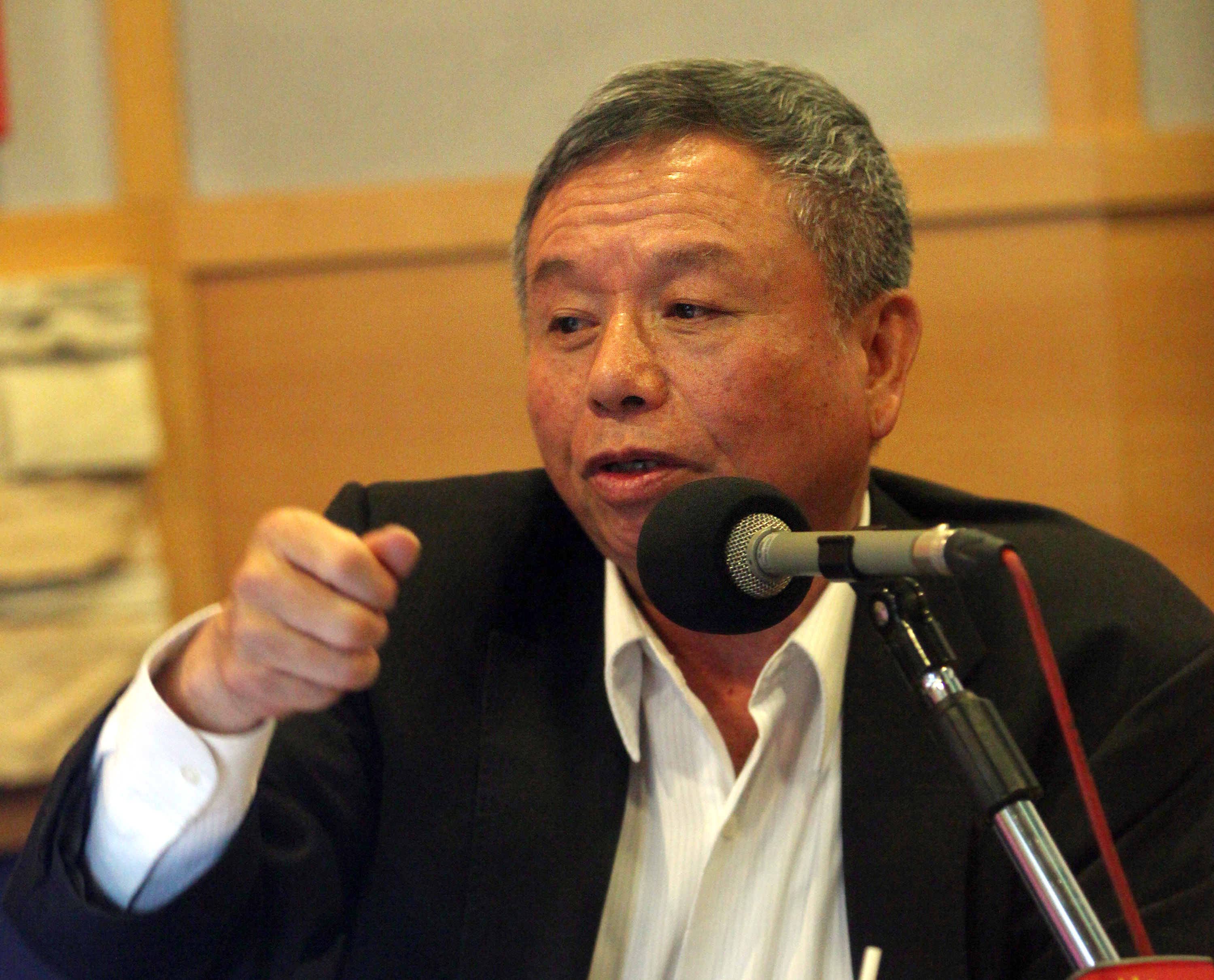 TAIPEI (Taiwan News) – Former Health Minister Yaung Chih-liang on Tuesday insisted he would pick up a form on May 1 to register for the Kuomintang presidential candidacy and would run all the way to the end of the primary process.
Party Chairman Eric Liluan Chu’s repeated refusal to run in the January 16 election has caused less expected candidates to emerge, including Yaung and Legislative Vice Speaker Hung Hsiu-chu.
Yaung, an outspoken former member of President Ma Ying-jeou’s administration, announced last week he was planning to run for president out of concern for justice, fairness and the country’s future.
Because of his tendency to speak his mind, he has been compared to Taipei City Mayor Ko Wen-je, but on Tuesday he tried to emphasize the differences with the popular independent surgeon.
“I wear a suit each day, I say ‘thank you’ when I receive gifts, and if there is a corruption scandal, I will wait until the very end before I announce it, so I will not ‘first shoot arrows and then draw a target,’” Yaung was quoted as saying.
The former minister rejected accusations that his bid would divide the party. Even if Chu changed his mind and decided to run for president, the chairman would still participate in the primaries to prove the KMT was an open and democratic political party, Yaung said.
Both Yaung and Hung said they wanted the primaries to be held not by a vote of party members, but by opinion polls, as has been the habit for candidate selections in several parties over the past few years.
Yaung rejected the suggestion from another former health minister of the Ma Administration, Yeh Chin-chuan, to run for the presidency as an independent rather than as a KMT candidate. Yaung said that if he did so, Democratic Progressive Party Chairwoman Tsai Ing-wen would win the presidential election without having to make any effort. He slammed her for being inconsistent, accusing her “present self” of contradicting her “past self.”
According to KMT procedure, prospective candidates can still pick up a registration form until mid-May, with registration itself scheduled for May 17 and 18. Several expected contenders, such as Legislative Speaker Wang Jin-pyng and Vice President Wu Den-yih, have still not made clear statements about their intentions, though both are expected to run according to speculation in the media.
KMT members of the New Taipei City Council said Tuesday they had prepared the necessary NT$2 million (US$65,000) registration fee and would help Chu pick up a registration form on May 12.