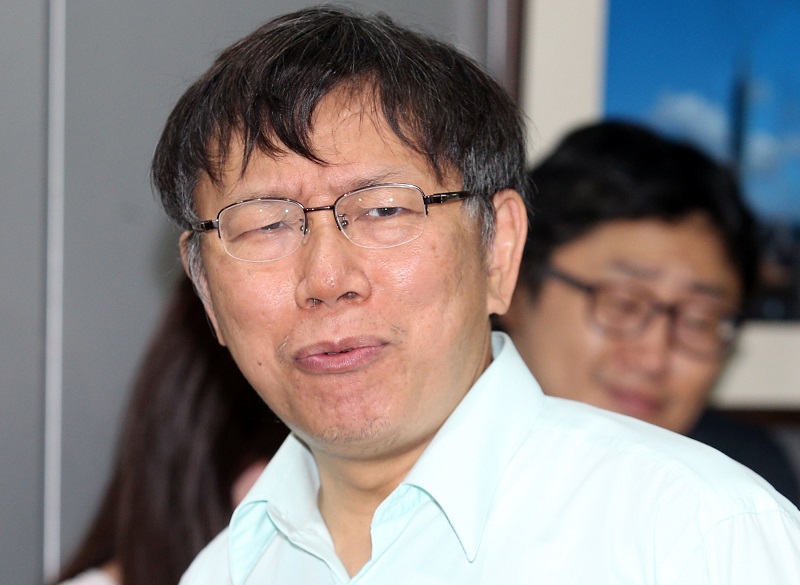 The squabbling between Taipei Mayor Ko Wen-je and two parties involved in BOT projects with the city is spilling over into the Taiwan Stock market. Radium Life Technology and Farglory Construction, the partners in constructing the MeiHAS housing project and the Taipei Arena known as the “Big Egg," have shown up as number one and number two respectively in sell-offs by foreign investors in the Taiwan Stock Exchange for the months of March and April (up to April 24).

The development comes after months of rancor between the parties involved, in particular between Mayor Ko and Chao Teng-hsiung, chairman of Farglory. Teng recently complained to reporters that he ‘does not understand’ politics and the uproar over his company’s contract with Taipei City.

TSE statistics show that sales of Radium Life Technology stock reached 16.2 million shares in April to the 24th, following March sales of 15.9 million, totaling more than 32 million shares even before the end of April. During that period the price of Radium shares weakened from NT$16.4 per share to NT$15.5 per share.

In the clamor over the Big Egg between Farglory and the Taipei City Government, Farglory has seen its stock drop from NT$37.5 a share to NT$35.7 a share, with sales reaching 10.96 million shares in March and 1.26 million by April 24 for a total of 12.22 million shares in slightly less than two months.

Farglory Group has generated a lot of controversy over the past year, dating back to a bribery case involving a low-cost housing project in Taoyuan County (now Taoyuan City) with Deputy County Magistrate Yeh Shih-wen. Chao resigned as chairman on August 6 last year but was subsequently reinstated following a brief stint by his son in his place.

Ko Wen-je took office in December last year after racking up 850,000 votes as a non-aligned candidate for mayor in the 9-in-1 elections November 29. He quickly picked up on the MeiHAS and Farglory contracts and began investigating the terms of the BOT agreements, which were signed with previous administrations under KMT mayors. Meanwhile Farglory continued to enjoy good sales of its stocks up through February, with the tide turning in March as foreign investors lost confidence in the furor over the Big Egg and Chao’s admission that “I think politics are horrible.“