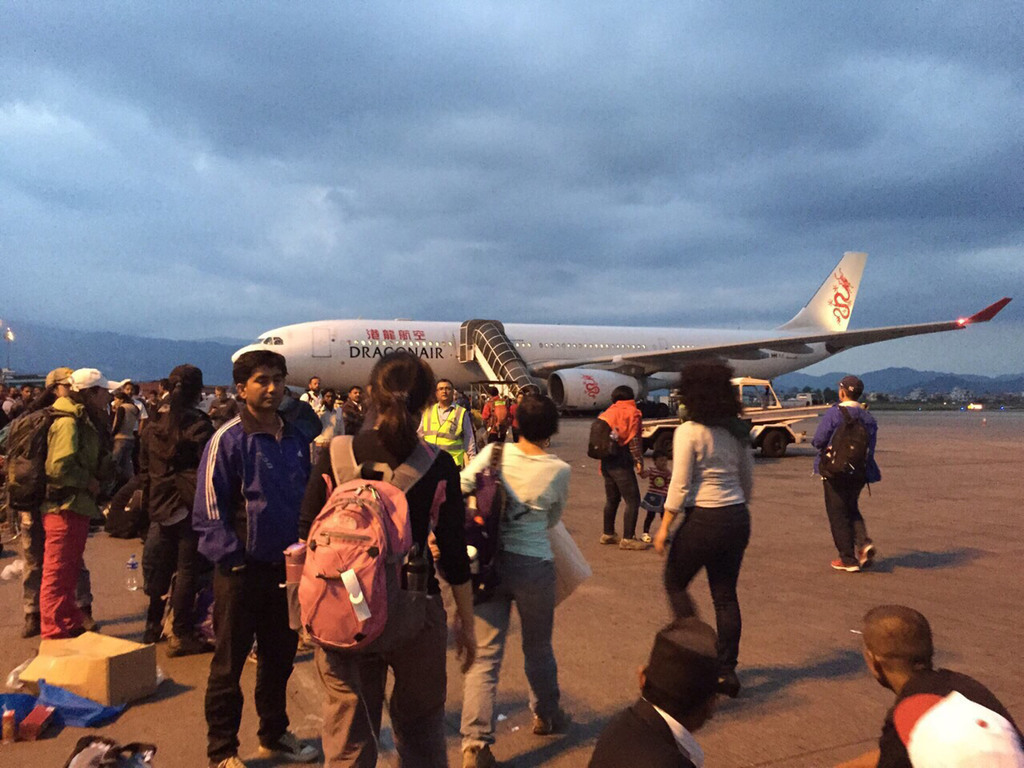 Taipei, April 27 (CNA) Taiwan's Ministry of Foreign Affairs (MOFA) said Monday that there are still 27 Taiwanese in Nepal who have not yet been located in the wake of a devastating earthquake that struck the Himalayan country Saturday. There were 179 Taiwan nationals known to be in Nepal at the time, 152 of whom have been confirmed to be safe, MOFA spokeswoman Anna Kao said in an update on Taiwan's efforts to locate its citizens since the magnitude 7.8 earthquake hit Nepal on Saturday, killing thousands.
The foreign ministry has been obtaining information from its overseas offices, from travel records, travel agencies and the relatives of Taiwan citizens who were in Nepal at the time of the earthquake, Kao said.
She also said that a group of 24 National Taiwan University alumni who had traveled to Nepal to climb the Himalayas and been out of contact since Saturday had reported to the foreign ministry that they were all safe.
The main airport in Nepal reopened Sunday afternoon and flight services are being gradually being restored, Kao said, advising that Taiwanese in Nepal should contact their travel agencies and airlines to arrange their return home. Taiwan nationals in need of assistance can also call the MOFA's representative office in India at the emergency number +919810502610 or the foreign ministry in Taiwan at +886800085095, Kao said.

(By Hsieh Chia-chen and Elizabeth Hsu)