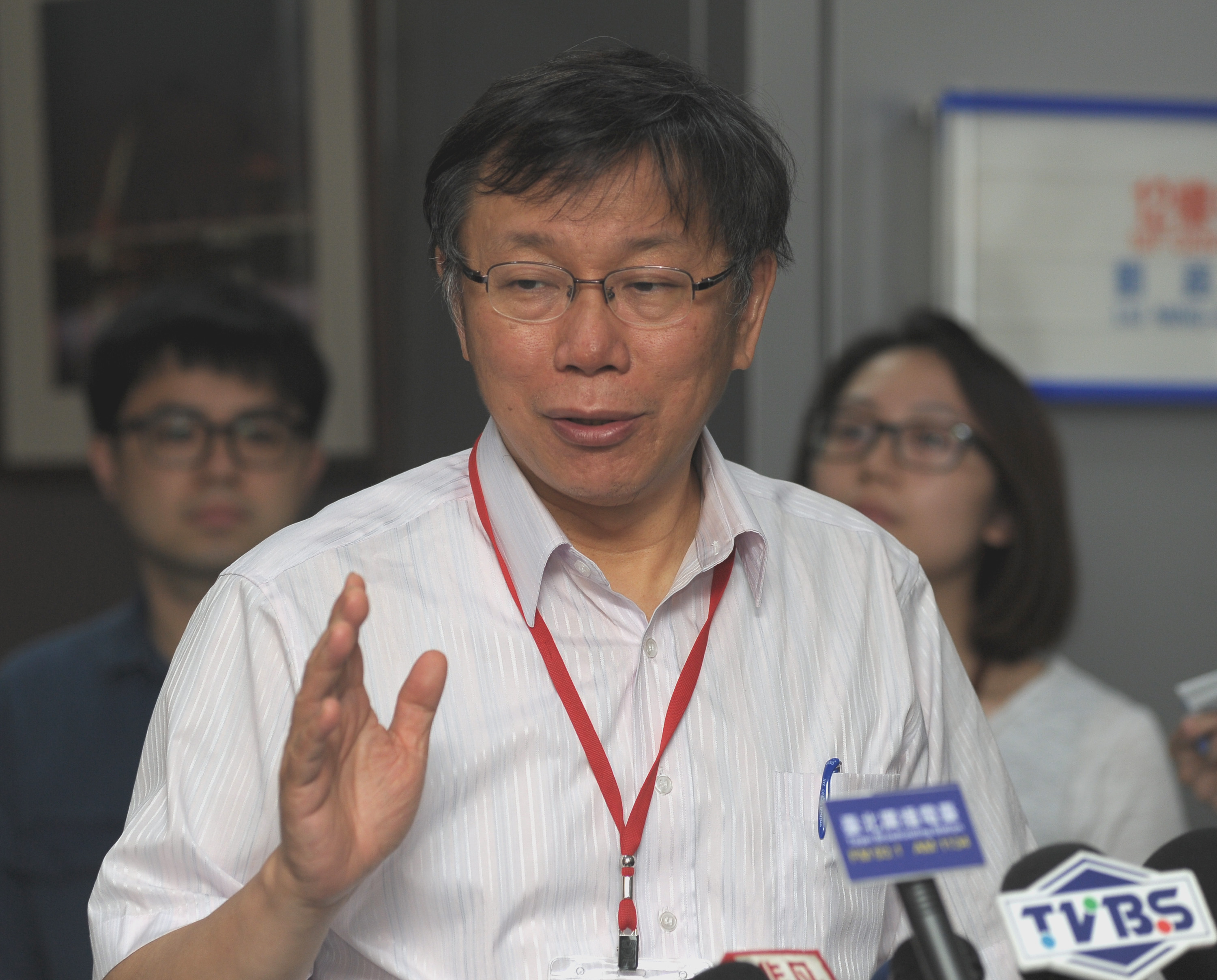 Kuo-kuang Bus Company plans to dismantle its West Terminal at Taipei Station by June next year, and as things stand now the 1813 and 1815 bus lines are the only ones that Keelung and Taipei agree will continue service to Taipei Station. On Sunday Keelung City Councilor Lu Mei-ling appealed to Taipei Mayor Ko Wen-je to explain how the Taipei City Government plans to handle its end of bus travel between the two cities in the future. Ko told Lu that the government will consider any inputs Lu has to offer in the issue.

Ko went with Keelung Mayor Lin You-chang to visit Dabisha Fishing Port east of Keelung Sunday morning. When the two arrived Lu was waiting with a megaphone and a signboard reading, "Please heed the interests of Keelung commuters and let them board buses at Gate Three in the East Terminal."

Lu told reporters she is concerned that people traveling between Keelung and Taipei be able to make smooth transfers and have access to more parts of Taipei. She said she has interviewed more than 100 commuters regarding the issue, and everyone thinks the best choice for a connection in the future would be Gate Three in Taipei Station’s East Terminal, or Terminal B. She expressed her hope that Mayor Ko would consider the trouble Keelung commuters go through to make a living by working in Taipei, and find a way to make their frequent trips to Taipei as easy and convenient as possible.

Ko explained later that Taipei Station West Terminal is slated to be closed down and demolished next year. Bus lines terminating at the West Terminal will be adjusted to take advantage of MRT stations as connecting points. He said the Gate Three slot at Taipei Station does not offer good connections to the MRT system and would not be a good place to make transfers. He added that if people have opinions on other factors to be considered in making a decision, these can be discussed.

Mayor Lin, who in the past has said he would prefer to see service to Taipei Station maintained, noted that Keelung and Taipei have reached a consensus on the issue. He added that he recently visited the Minister of Transport and Communications, who said he would be glad to help in settling the question. The ministry is expected to make relevant changes in its rules and regulations within two months to resolve some of the problems involved in arranging bus lines in the area, said Lin.
.
Kuo-Kuang relies heavily on Taipei Station West Terminal in its operations and fears that it will lose many of its customers if it is forced to change its routes. Company officials say they plan to have Terminal B at Taipei Station, which went into service in 1972, designated a historic building. If they are successful, they could save the terminal from destruction.