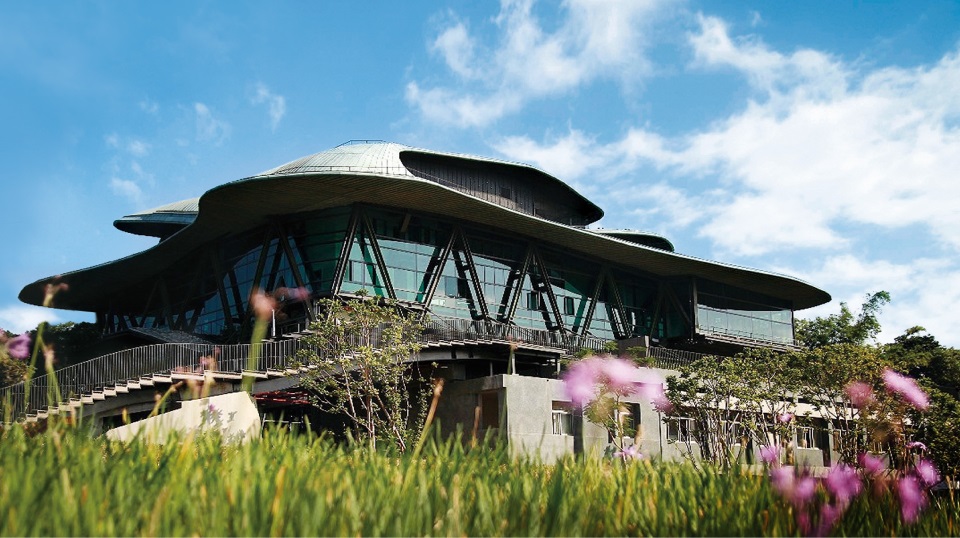 Rising like a phoenix from the ashes, Cloud Gate rebuilt a new complex of elegant design and postmodernism in Tamsui after a fire devastated its studio in Bali Township of what was then Taipei County in 2008.

The Cloud Gate Dance Theatre founder Lin Hwai-min expressed his gratitude, at the opening ceremony held on Sunday, towards supporters for helping realize the dream of building such an unparalleled theatre space in the world.

Cloud Gate then signed a BOT contract with the New Taipei City government and was given a 40-year operating right to use a public land under the condition that Cloud Gate had to fundraise on its own for building and running the theater on the site.

Donations from individuals and corporations, including a gift of US$ 5 million from the Alphawood Foundation Chicago, have made the construction of the theater possible.

Perched on a hill that overlooks the Tamsui River and the Taiwan Strait, Cloud Gate Theater is sandwiched between an ancient fort built in 1886 and a 96-year-old golf course. Surrounded by lush green vegetation, the theater complex consists of four performing spaces: a 450-seat theater with state-of-art technical facilities, two studios which can be easily converted into black box theaters, and a 1500-person capacity outdoor theater.

This new venue is the home for 120 members of Cloud Gate Culture and Arts Foundation, Cloud Gate Dance Theatre of Taiwan and Cloud Gate 2. In addition to presenting the two home-based companies and visiting troupes, it also serves as a production theater for Taiwanese companies and young artists to try out their new works. In short MRT rides away from the Taipei metropolis, Cloud Gate Theater is committed to serving as a cultural hub of the Tamsui District.

Apart from Cloud Gate 2's premiere, highlights of Cloud Gate Theater's inauguration also include a special outdoor exhibition of the "White Living World Series" of Ju Ming, an internationally renowned Taiwanese sculptor, and a photo exhibition of Liu Chen-hsiang, a professional photographer who has worked closely with Cloud Gate for over 20 years.