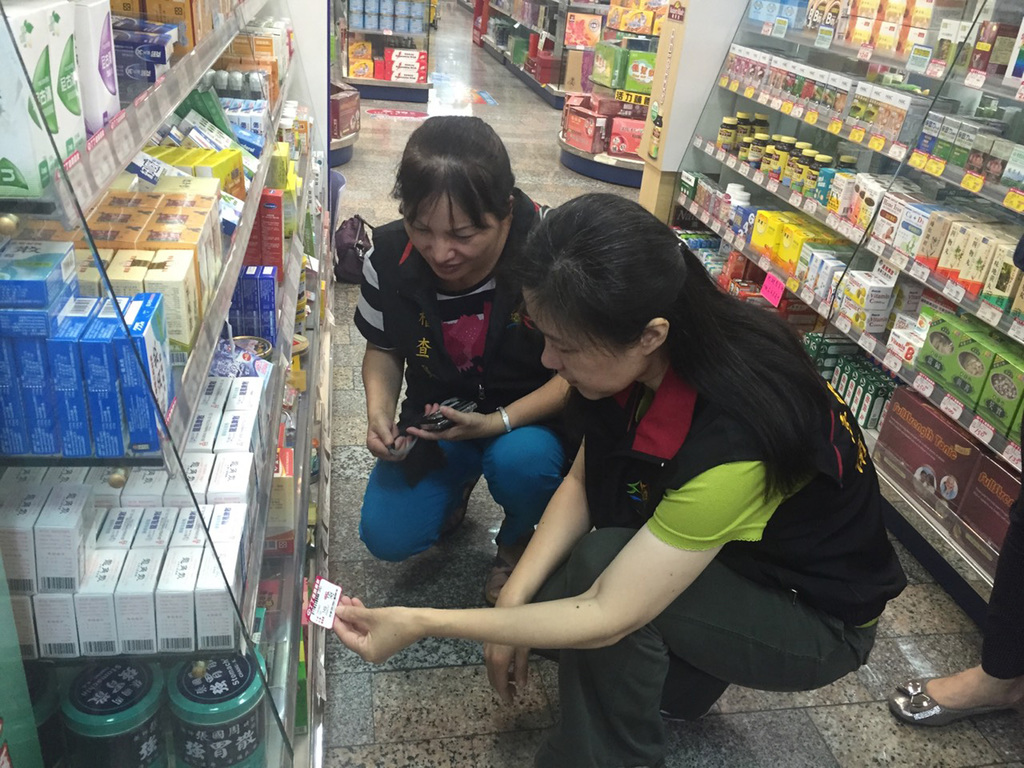 The Food and Drug Administration (FDA) of the Ministry of Health and Welfare has netted another medicine chest of suspect medicines in a comprehensive check of 125 domestic pharmaceutical companies initiated following revelations of problem medicines in late March.

On Saturday, the agency announced the results of its second wave of inspections, noting a total of 23 product violations by 19 different manufacturers. The biggest offenders were found adding illicit amounts of magnesium carbonate and calcium carbonate to their products. Of 75 pharmaceutical companies included in the FDA’s latest wave of testing, 32 failed to pass, a rate of 43%.

Li Ming-hsin, head of the Risk Management Section of the FDA, explains that the main problems with the drugs seized in this round of testing drugs were calcium carbonate and magnesium carbonate, with manufacturers substituting unapproved industrial grade compounds rather than mixtures certified for human consumption.

Although these are not considered harmful to humans, they represent violations of the Pharmaceutical Management Law and all affected products must be removed from sale. In addition, producers are required to make necessary adjustments in their production operations and submit reports on their improvements or face an order to halt production.

The FDA’s list of drugs to be removed includes products from 19 well-known makers of pharmaceutical products including UC Pharma, Yungji Pharmaceuticals, Hsin Wan Jen Chemical and Pharmaceutical, Taiwan Tanabe Seiyaku and Sinochem Pharmaceuticals. The products involved are largely drugs for gastrointestinal complaints.
.
In addition to the gastrointestinal drugs in question, problems were found with products made by ScinoPharm Taiwan on behalf of Abbott Laboratories of the US for pregnant women. The company’s Similac Pramet FA Film-coated Tablets, taken as a multi-vitamin in cases of vitamin and mineral deficiencies, are also being investigated by the FDA.

Hsin Wan Jen posted a statement on its official website Saturday saying that the calcium compound used in producing its Golden Cross gastrointestinal drugs is food grade calcium carbonate which can be used as medicine legally in Japan, but has not been approved in Taiwan. The company claims that it was not aware of negligence on its part and apologized for any public doubts or worry it may have caused.

Lee Ming-hsin says that companies found violating the Pharmaceutical Management Law and producing inferior quality medicines may be subject to fines of NT$60,000 to 300,000. Those guilty of serious violations of GMP standards may face fines of NT$30,000 to 150,000.

Lee explains that calcium carbonate and magnesium carbonate are special ingredients regarded as low-level risks in stomach medicines, thus they have received less attention during previous investigation efforts. Lee says the agency has been more concerned about the effects of antibiotics and other high-risk materials and will seek to improve its performance in the future.