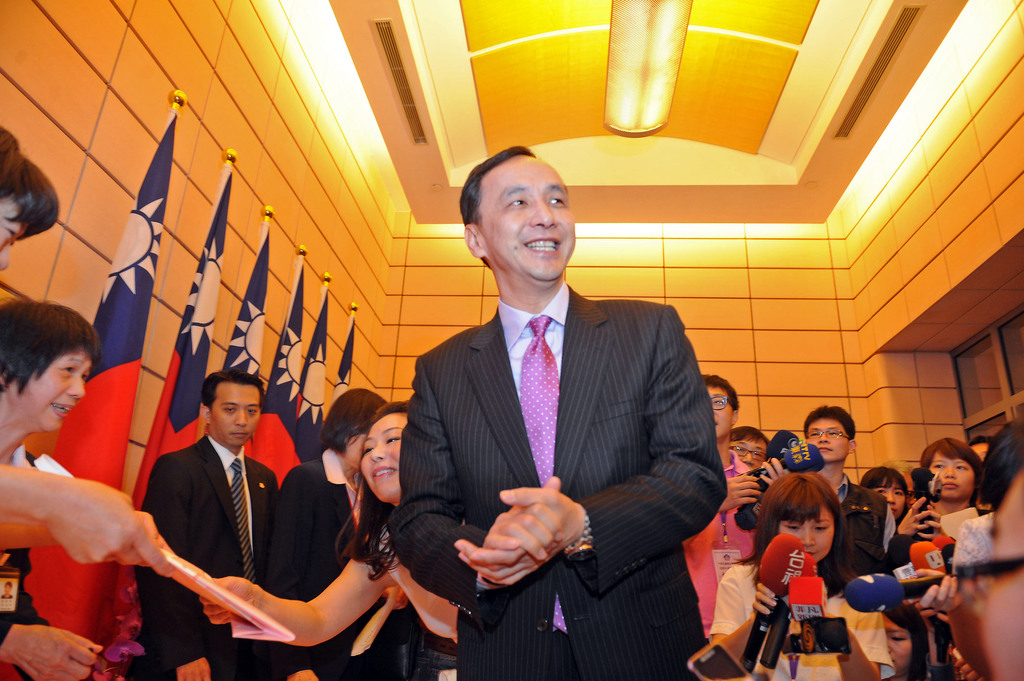 TAIPEI (Taiwan News) – After confirming he would not run for president in next January’s election, Kuomintang Chairman Eric Liluan Chu promised Saturday that he would make a clear statement about the ruling party’s presidential nomination on May 16.
Chu’s confirmation Friday that he would not be running in the January 16 election was not new, but it caused dismay among KMT supporters because he is the only party leader to come close to Democratic Progressive Party leader Tsai Ing-wen in recent opinion polls. The opposition party officially nominated her on Wednesday.
According to the official KMT timetable, contenders for the party’s presidential nomination can pick up the necessary forms until May 16 at the latest, and register on May 17 and 18.
At a public event Saturday, Chu told reporters he would deliver a detailed report on May 16 about the party’s planning, its selection process and “matters everybody is concerned with.”
Whether his comments meant that he was still leaving a backdoor open to run after all was not clear. Chu has repeatedly said he wanted to serve out his second and final term as mayor of New Taipei City, which ends in December 2018.
He reportedly also said that an eventual official recruitment invitation by the KMT “was not an issue.”
Legislative Speaker Hung Hsiu-chu reportedly said she would go and pick up the registration form next Monday. She has insisted she would take part in eventual primaries and not stop until she had gone all the way within the party, but few observers see her as a realistic presidential candidate.
Other potential contenders are Legislative Speaker Wang Jin-pyng and Vice President Wu Den-yih, with former Interior Minister Lee Hong-yuan frequently mentioned as a dark horse.
None of the three politicians have confirmed they are planning to run. Local KMT officials in Wang’s home region of Kaohsiung said he was preparing a bid which would become clear next week, the Chinese-language Liberty Times reported Saturday.
On the DPP side, there were still calls for caution about Chu’s intentions. Recent opinion polls put the KMT leader about 8 percent behind Tsai, while other ruling party contenders lagged even further behind.