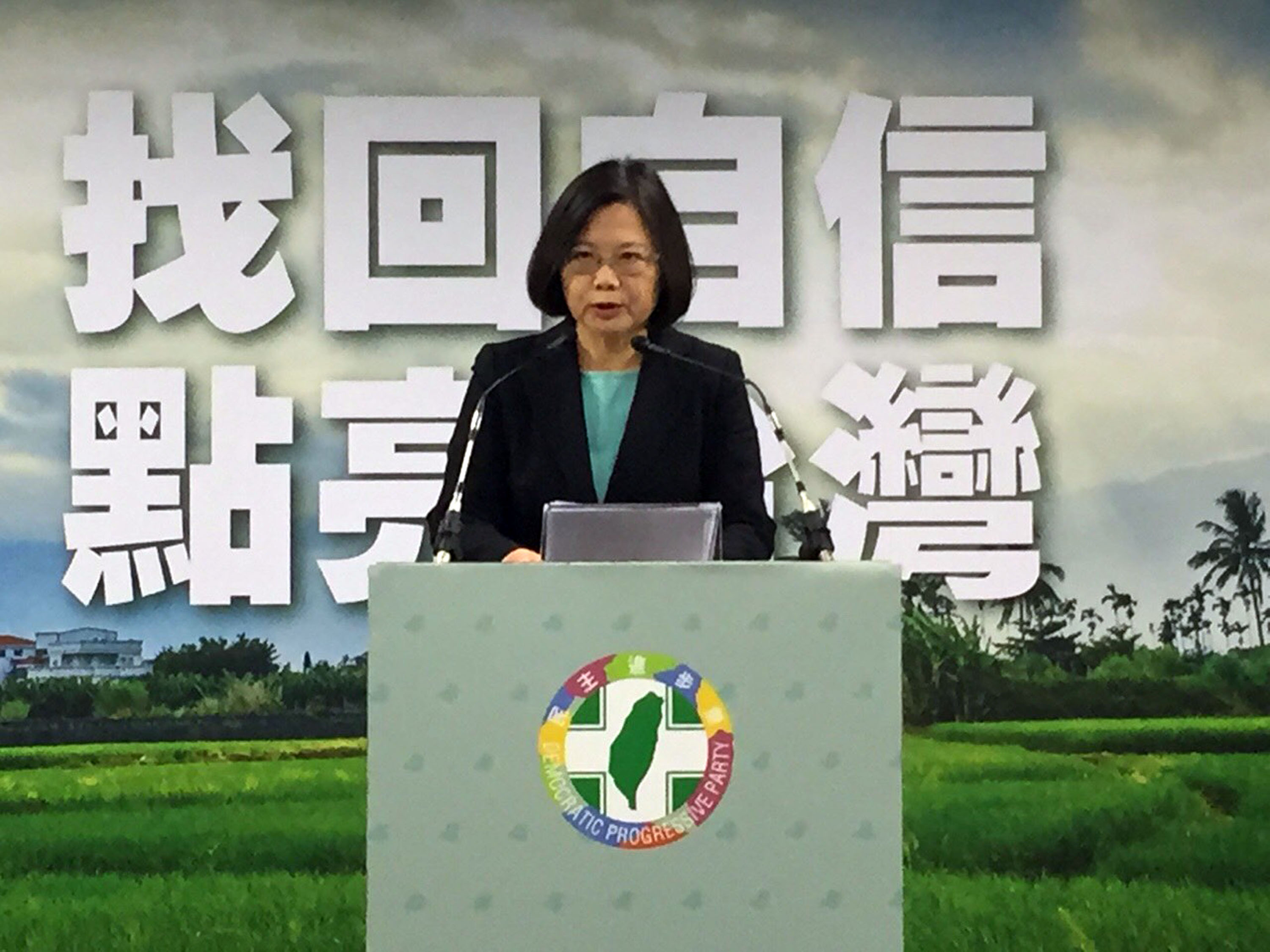 TAIPEI (Taiwan News) – Democratic Progressive Party Chairwoman Tsai Ing-wen on Saturday called for a brave reformist government team to take office.
Last Wednesday, the DPP nominated her as its candidate in next January’s presidential election. Most recent opinion polls indicate she could defeat any rival the ruling Kuomintang might select within the next two months.
Speaking at an alternative energy workshop in Tainan Saturday, Tsai said the current KMT government was unable to even properly manage one nuclear plant, causing the public to feel uneasy. It showed it was necessary to replace the existing team with a government brave enough to push reforms through, she said.
Taiwan was facing a myriad of problems that needed immediate decisiveness if the situation had to be turned around, with energy as an example, the opposition leader told her audience, which included all 13 DPP city mayors and county magistrates.
She emphasized that Taiwan could not wait until the DPP eventually came to power in the January 16 presidential and legislative elections, but that local governments needed to act now.
The 13 regions under DPP control governed 60 percent of the country’s population, so they could already change the lives of the Taiwanese people, according to Tsai.
The Fukushima nuclear disaster was already four years behind us, and 2025, the year all nuclear stations were supposed to have been closed by, was only ten years away, yet the government of President Ma Ying-jeou had done nothing to promote the alternatives but just wasted time.
Even now, the Ma Administration was still intimidating the public by saying that if there was no nuclear energy, there would be shortages of power, Tsai said.
She reiterated the DPP’s energy policy, which includes the closure of all nuclear plants by 2025 and the expansion of the share of renewable energy from 4 percent today to 20 percent of all energy production in 2025.