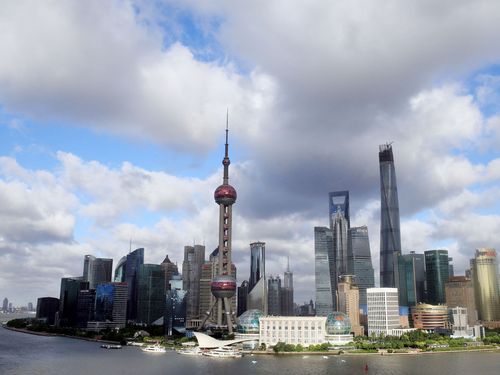 Taipei, April 18 (CNA) Lending extended by banks operating in Taiwan to China as of the end of December 2014 fell from the end of September, reflecting a decline in deposits placed by local banks in Bank of China's Taipei branch, according to the Central Bank of the Republic of China.
Still, China remained the largest debtor to Taiwan's banks, the central bank's statistics showed.
The bank said that outstanding international claims by Taiwanese banks to China on a direct risk basis as of the end of December totaled US$49.14 billion, down 4.3 percent from a quarter earlier.
On an ultimate risk basis, which calculates a country's consolidated debts after risk transfers, Taiwanese banks' exposure to China as of the end of December also fell 7.7 percent from the end of September to US$84.16 billion, the data indicated.
The central bank said Taiwanese banks assigned more funds to buy Chinese yuan-denominated bonds issued in the local market, which have been dubbed "Formosa bonds", and other financial instruments.
As a result, local banks' deposits placed in the Bank of China's Taipei branch were on the decline, dragging down the exposure to China at the end of last year, the central bank said.
Following China, Luxembourg ranked as the second largest debtor to Taiwan as Taiwanese banks' exposure to the country totaled US$40.25 billion as of the end of December on a direct risk basis, ahead of Hong Kong with US$33.59 billion, the United States with US$30.30 billion, and the British West Indies with US$14.31 billion, the statistics showed.
The Cayman Islands came in sixth after Taiwanese banks extended US$11.72 billion in loans on a direct risk basis. It was followed after the United Kingdom with US$11.71 billion, Singapore with US$7.24 billion, Australia with US$5.47 billion, and Japan with US$4.22 billion, according to the data.
The central bank said that exposure to the top 10 debtors of Taiwan's banks reached US$207.9 billion, accounting for 76.59 percent of Taiwan's total international claims worth US$271.5 billion as of the end of December.
As of the end of December, Taiwan's international claims on a direct risk basis fell 3.58 percent from the end of September as lending extended to the non-bank private sector registered a decline during the three-month period, the central bank said.
The data showed that Taiwan's exposure to the non-bank private sector totaled US$183.20 billion as of the December, making up 67.48 percent of the country's total international claims, down 3.81 percent from the end of September. (By Pan Chi-i and Frances Huang)