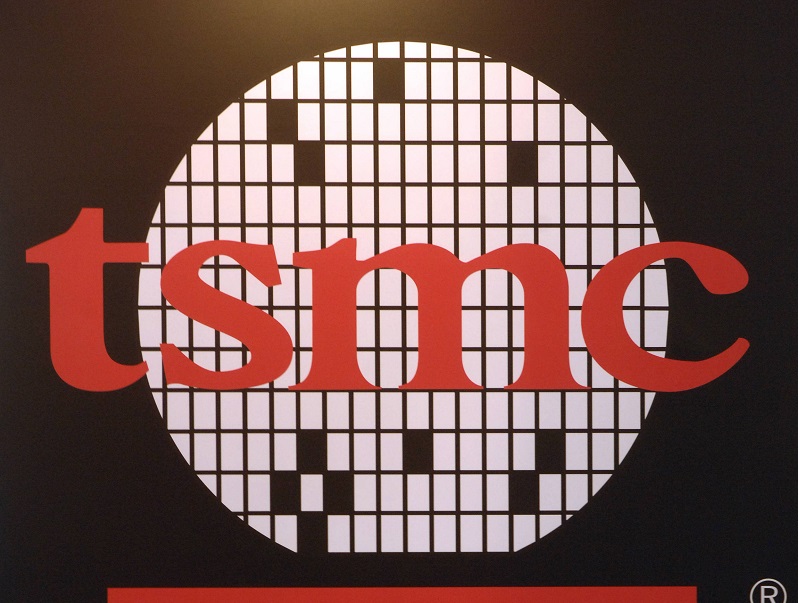 Shares of Taiwan Semiconductor Manufacturing Co. (TSMC) (2330), the world's largest contract chip maker, came under pressure Friday morning after the company on Thursday gave a worse-than-expected sales guidance for the second quarter, dealers said.
Since TSMC is the most heavily weighted stock in the local bourse, its losses affected the broader market during the session, they said.
As of 11:06 a.m., shares of TSMC had dropped 2.72 percent to NT$143.00 (US$4.58) with 31.16 million shares changing hands. The semiconductor sub-index was down 1.98 percent at 120.74 points, while the weighted index on the Taiwan Stock Exchange was 0.77 percent lower at 9,582.84 points.
"It was not surprising that TSMC encountered selling soon after the bourse opened, as investor sentiment was dampened by the cautious second-quarter sales forecast," investment consulting firm CMoney analyst Chen Wei-tai said. At an investor conference Thursday, TSMC projected consolidated sales of between NT$204 billion and NT$207 billion for the April-June period, a quarterly drop of 7-8 percent and well below the market forecast of a 5 percent decline.
Many market analysts said TSMC's worse-than-expected sales forecast for the second quarter was based on a cutback in its orders from the U.S.-based integrated circuit designer Qualcomm Inc.
Furthermore, the second quarter is usually a slow season for the global IC industry, Chen said.
"Not many mobile device vendors have or will launch new models during that period so demand for microchips is likely to remain stagnant amid inventory adjustments," he said.
At the investor conference, TSMC said that inventory adjustments in the global IC business will end in the second quarter and IC demand will pick up in the second half of the year as smartphone sales recover. Therefore, TSMC said, its sales for the whole of 2015 are likely to show double-digit growth.
The company, nonetheless, lowered its sales growth forecast for the global semiconductor industry from 5 percent to 4 percent, and for the world's wafer foundry industry from 12 percent to 10 percent.
Chen said that TSMC remains a fundamentally strong company and he backed its assessment that its sales growth would pick up in the second half of the year after the slowdown in the second quarter. "But since today's selling dragged TSMC shares below the 60-day moving average of NT$145.00, the stock has become technically weaker and may encounter further pressure in the near term," he said.
In addition, TSMC's decision to cut its 2015 capital expenditure budget to US$10.5 billion-US$11 billion from US$11.5 billion-US$12 billion also hurt shares of semiconductor production equity providers.
Among them, shares of Hermes Microvision Inc., a leading Taiwan-based semiconductor inspection tool and equipment supplier, had fallen 4.57 percent to NT$1,775.00 as of 11:06 a.m. TSMC is one of Hermes' major clients.

(By Jackson Chang and Frances Huang)