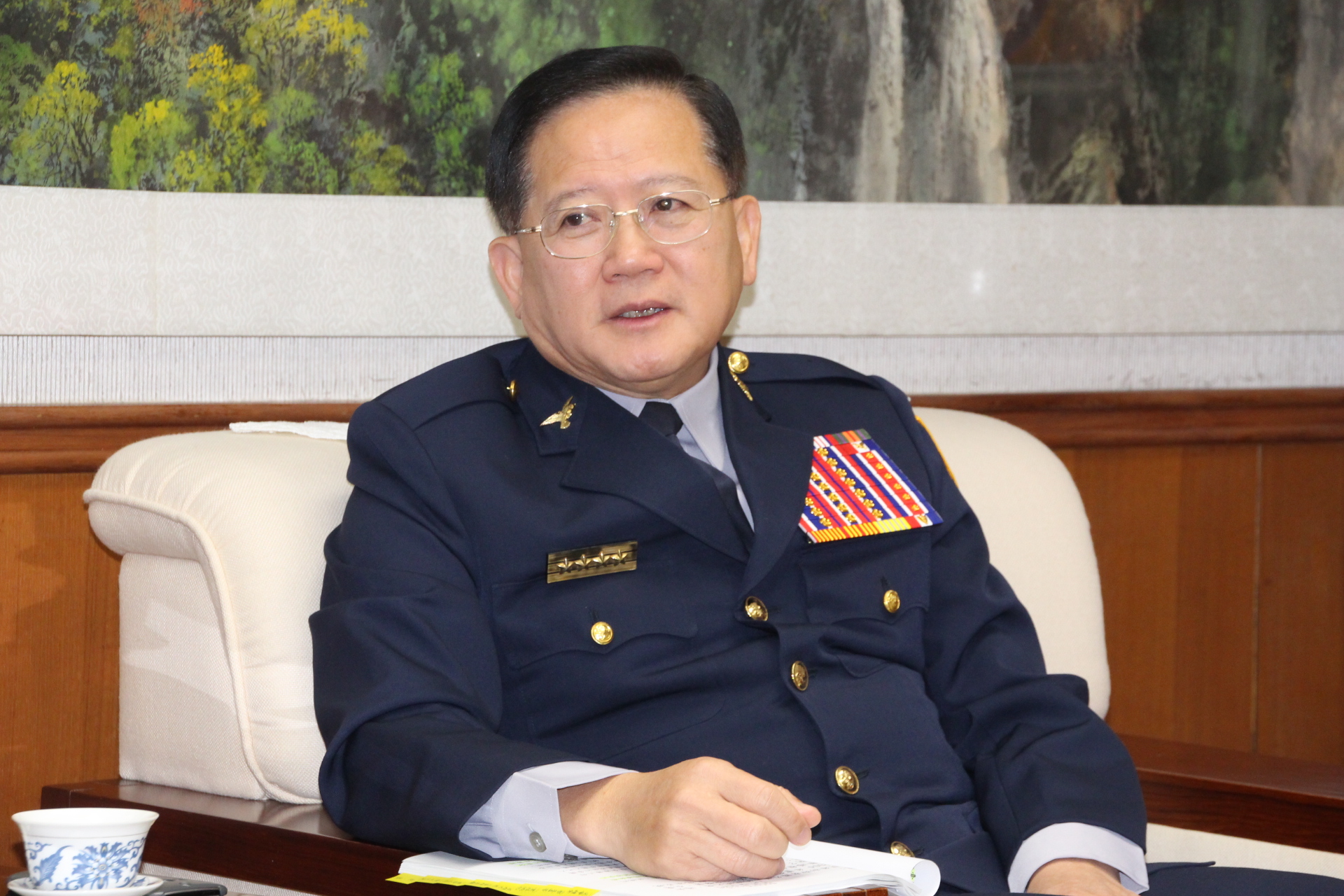 When people think of the director general of the National Police Agency of the Ministry of the Interior, the image of a serious, intimidating and authoritative person appears in their heads. However, National Police Agency of the Ministry’s new director general, Chen Guo-En, breaks the stereotype. He is a warm, focused, sophisticated and responsible person who represents the modern chief of law enforcement. Chen is known for his diplomatic skills. He can handle tricky situations with techniques and smooth tactics, which enable him to deliver the most effective solutions. In many situations, either manifestations or major crime cases, Chen proved to be in control of the whole picture. When the Taipei Metro attack occurred in May 2014, Chen activated all the police in the New Taipei City at once and dealt with the situation in person. In order to cool down the public’s fear, he came forward to explain the whole incident and assisted in the safety policies in the follow-up works. In December 2009, the 4th Chen-Chiang summit of cross-strait meeting was held in Taichung. Chen YunLin arrived at the Taichung airport where opposition demonstrators and pro-China supporters gathered around the airport to express their point of views. The tension was thick and Chen, who was the director general of Taichung City Police Bureau, took full responsibility of the task of the airport safety. He proclaimed that the police are neutral and they did everything according to the law. When Chen YunLin arrived in Taichung, there were very few clashes because the police formed a secure wall around the representative of PRC. Chen was fearless and believed he was fair in his arrangements. A new era Since Chen took the position of the general director of New Taipei City Police Bureau, he upgraded the internal communications system through the usage of a communication app, Line, and web conferences. He also set up a Facebook page, which creates a channel for the street level policemen and civilians to voice their advices and complaints. The new social media platform facilitated internal communication successfully, thus the feedback was very positive. Chen has brought this communication system with him to his new position of director general of the National Police Agency of the Ministry of the Interior since April 2015. He has already created a new Facebook Page, NPA director general office, and encourages all levels of policemen to address their concerns or give their advices on the Facebook page. This is a new record of the law enforcement and many street level policemen appreciate Chen’s willingness to listen to his fellow colleagues.