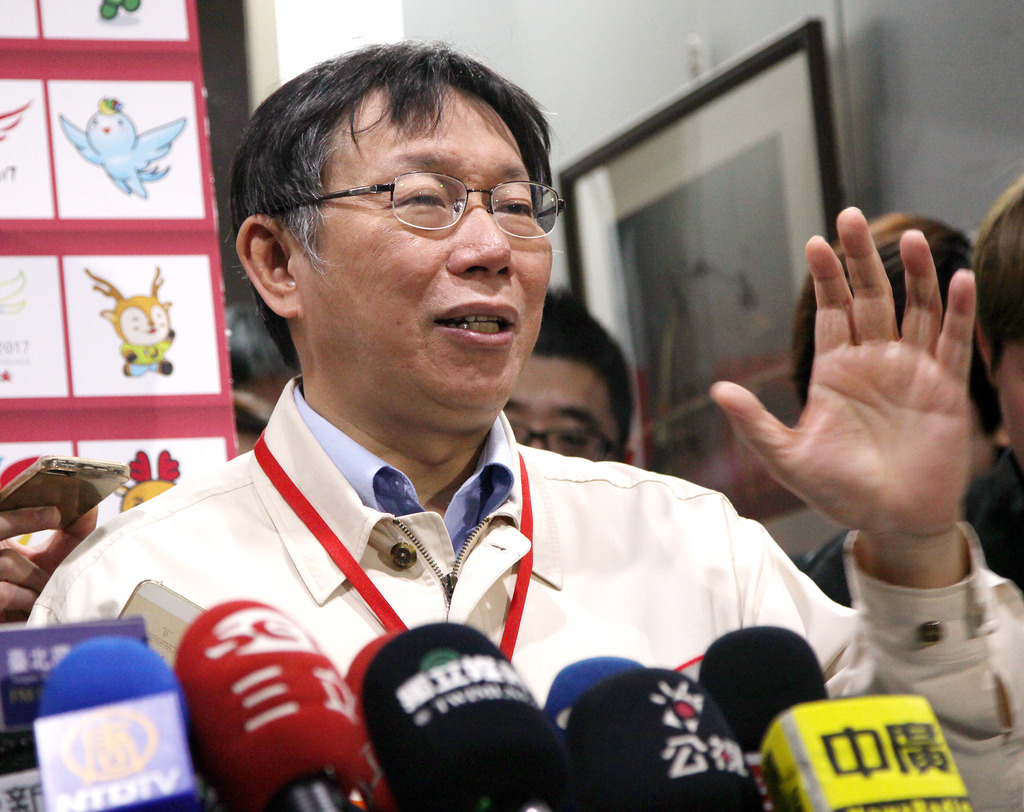 TAIPEI (Taiwan News) – Responding to questions about controversial allegations, Taipei City Mayor Ko Wen-je said Tuesday he did not know whom Hon Hai Precision Industry Co., Ltd. Chairman Terry Gou was supposed to have given NT$300 million (US$9.6 million) to.
The statement came after a court session Monday in a case brought by Gou, one of Taiwan’s wealthiest tycoons, against talk show host Clara Chou. On the occasion of last year’s Taipei mayoral election campaign, Ko said that someone had donated the money to the camp of his Kuomintang opponent, Sean Lien. Later, Chou openly claimed that the Hon Hai founder was the “NT$300 million man.”
The case was thrown into turmoil Monday when Ko said he had heard the allegations from Democratic Progressive Party top lawmaker Ker Chien-ming. Ker however, said he had never mentioned Lien but instead said that Gou had given the money to the Taipei City Government of then-Mayor Hau Lung-bin to finance a public project.
The statement seemed to pit the new mayor and the opposition lawmaker, who belong to the same side of the political spectrum, against each other, with some accusing one of them of lying.
Pressured by reporters Tuesday morning to explain, Ko said that Ker had told him “somebody” had come up with NT$300 million, but had not said who was the recipient. Ko also told the reporters that those were exactly the words he had spoken at Monday’s court session.
The new mayor himself has banned his officials from backing up their statements with vague hearsay, but he defended himself Tuesday by saying he had heard Ker say the words.
Ko asked Gou to drop his court case against Chou, adding it looked too much like a “big elephant stepping on a tiny ant.”
From her side, Chou slammed Ker, accusing the prominent DPP lawmaker of being untrustworthy and threatening to take action against his re-election.